My arrest from neighbor who wouldn't leave me alone READ DESCRIPTION

My arrest from neighbor who wouldn't leave me alone who ended up being a Registered Sex Offender that information. Listening carefully to 16:00 to 18:05

What she is not telling the Deputies is that she is a
Registered Sex Offender and is NOT registered with the property.
I PASSED PRIOR
You have to pass a rigorous background check to live on the property.
The condo she lives in is not hers, it is her father, on why they never made er go through the process that everyone else is supposed to go through, even owners.

For months Jenifer (one N) Laurie Cruz prior to my arrest stalked, harass not only me but also my children. At the children bus stop she would photograph, videograph me and my children. I would be washing my Range Rover by hand outside , she would come outside and record me, and threaten to report me to The Home Owners Association.

After my arrest, she CONTINUED to stalk, harass me and my children.
She would yell out of the window that she was going to send me back to jail.
I would talk to an black autistic boy by my car who loved talking to me and she would yell out the window trying to get my attention.

It wasn't until AFTER my arrest that neighbors came to me and told me that not only is she mentally ill, that her father abandoned her in the condo so that he doesn't have to deal with her, but that her brother also has AIDS, her daughter is MR (mentally retarded) and her son, special needs.
Why a woman who has a boyfriend, some man driving a dirty white AUDI would harass, stalk me I don't know but it wouldn't be the first time.

Do you think I would've moved into a property had I known that she lived there.
I ended up moving, was homeless for several months, due to my now Felony open case, I ended up losing all of my savings........
She still remains on the property, unregistered.

Several months after I moved out of the property she appears at the criminal case and walks pass me. Where is she the victim if she is in fear for her life. Mind you she has no business there. She was trying to ask the baliff, before passing me for my new address and information.
I went to the CourtHouse several times to try to file an injunction and every time they denied it, but for her they approved it. Keep in mind she never disclosed to the Judge that she continued to menace me even after my arrest.

There's key points in her testimony on this video, where she says that she's legally blind, but in the video wears no glasses until she's filing a report against me, that she's on SSI for blindness, which is not true.
Another key point is where you see her in confusion, trying to concoct stories so that the Deputies will actually charge me.

Keep in mind, I didn't have the knife in my pocket until AFTER she continued coming back to my car. I keep a knife in my car, for my car, when I work on my car. Also keep in mind which is key, you clearly see her walking up towards me YET AGAIN in the video and at no time did you hear either Deputy ask her to go back to her hallway.

This person completely destroyed my life, a meth head, registered sex offender that was too insecure with herself that she refused to leave me alone. Ignoring her was not an option, she was literally always there, and I mean always. How could someone 43 living in her fathers home with 2 special needs children, supposedly blind, supposedly dying, on drugs, doesn't drive.....have the time to consume on recording, following a whole stranger? She didn't do it to no one else, you know the females living with their man, with a condo full of people, no she didn't do it to them.

Look how she tries to characterize mental health and you even hear the Deputy laugh, but she was the one that wouldn't leave me alone, before, after my arrest and even after I moved off the property still trying to find out my new location, so what do you characterize that has being?

I told the Deputies after my arrest, she looks like she's pouring liquid from her pores, her brother has AIDS, she's on drugs I don't want her no where near me, less recording my children and I. To no avail, all I heard was excuses on what she's allowed to do. It literally never stopped. Almost a year of pure living hell.

I'm not here for public opionion but please make sure before you move into, buy a property that you do your due diligence.
I apologize to my children for what transpired

My arrest from neighbor who wouldn't leave me alone READ DESCRIPTION 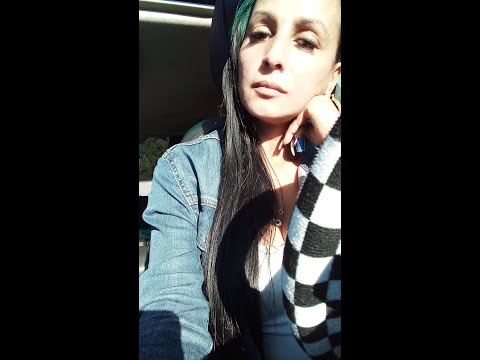 My arrest from neighbor who wouldn't leave me alone who ended up being a Registered Sex Offender that information. Listening carefully to 16:00 to 18:...