Alarm is growing over how the world's richest person, Elon Musk, is changing Twitter after he spent $44 billion to buy the influential social media platform. Musk fired nearly half of Twitter's workforce in a mass layoff Friday that gutted teams dedicated to human rights, artificial intelligence ethics and combating election misinformation, just days before Tuesday's midterm election. This comes after he met with over half a dozen civil rights groups amid concerns he will let misinformation and hate speech go unchecked. We speak with leaders from two of those groups: Nora Benavidez of Free Press and Free Press Action Fund, and Rashad Robinson of Color of Change. "Self-regulated companies are unregulated companies," says Robinson, who along with Benavidez says Musk has exacerbated already toxic conditions at Twitter and failed to see the "real and porous relationship between the online world and this offline real world." Both groups are urging advertisers to boycott Twitter unless Musk takes dramatic actions to safeguard rights on the platform.

Democracy Now! is an independent global news hour that airs on over 1,500 TV and radio stations Monday through Friday. Watch our livestream at https://democracynow.org Mondays to Fridays 8-9 a.m. ET. 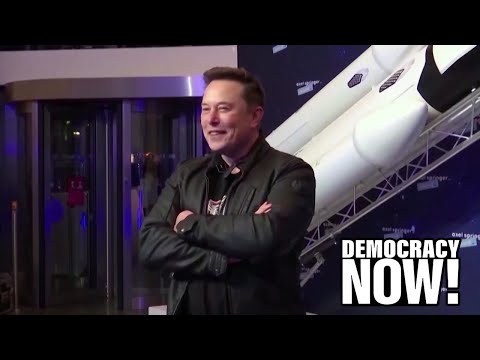 Alarm is growing over how the world's richest person, Elon Musk, is changing Twitter after he spent $44 billion to buy the influential social media pl...