BOSTON, MA -- Marcus Smart spoke to the media after the Celtics 128-114 loss to the Chicago Bulls in an epic collapse on Monday night. Quotes from Marcus Smart:

Marcus Smart on the struggles: "I would just like to play basketball. Every team knows we're trying to go to Jayson and Jaylen. Every team is programmed and studied to stop Jayson and Jaylen. I think everybody's scouting report is to make those guys pass the ball. They don't want to pass the ball. That's something that they're going to learn. They're still learning. We're proud of the progress they're making, but they're going to have to make another step and find ways to not only create for themselves but create for others on this team to open up the court for them later down in the game where they're always going to have to take those tough shots or take tough matchups when they do get the 1-on-1 or they bring the trap. It's something we've been asking them to do and they're learning. We just gotta continue to help those guys do that."

CLNS' rebuilt their YouTube community in less than 12 months, during a pandemic that attacked sports. Wondering how? Find out here (and support our channel) - https://www.tubebuddy.com/clnsmedia 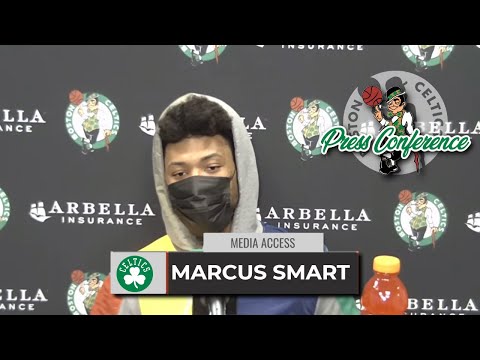 BOSTON, MA -- Marcus Smart spoke to the media after the Celtics 128-114 loss to the Chicago Bulls in an epic collapse on Monday night. Quotes from Mar...