Malachy Gerard McCourt (born 20 September 1931) is an American-Irish actor, writer, one-time pub owner, and politician. He was the 2006 Green Party of New York candidate for governor in New York State, losing to the Democratic candidate Eliot Spitzer. He is the younger brother of author Frank McCourt.

McCourt was born in New York City, the son of Irish parents Angela (née Sheehan) and Malachy McCourt.[1] He is the last survivor of their seven offspring, following the death of his younger brother Alphonsus in 2016.[citation needed] McCourt was raised in Limerick, Ireland, and returned to the United States in 1952. He has four children: Siobhán, Malachy III, Conor, and Cormac, the latter two by his second wife, Diana. He also has a stepdaughter, Nina.[citation needed] He was portrayed by Peter Halpin in the film version of his brother's memoir Angela's Ashes. He is also one of the four founding members of the Manhattan Rugby Football Club in 1960.[2] Malachy appears in Frank McCourt's memoirs.

Film, stage, television, radio and music career[edit source]
He has acted on stage, on television and in several movies, including The Molly Maguires (1970), The Brink's Job (1978), Q (1982), Brewster's Millions (1985), Tales from the Darkside as Dr Stillman in the "Ursu Minor" episode (2/10 - 1985), The January Man (1989), Beyond the Pale (2000), and Ash Wednesday (2002). He had appeared on three New York City-based soap operas: Ryan's Hope, Search for Tomorrow, and One Life to Live. He is also known for his annual Christmas-time appearances on All My Children as Father Clarence, a priest who shows up to give inspirational advice to Pine Valley citizens.

In 1970, McCourt released an album, And the Children Toll the Passing of the Day.[4]


McCourt at his home in March 2007
In recent years he has occasionally appeared on various programs on New York City's political radio station, WBAI. Among the shows on which he has appeared has been Radio Free Éireann. He is also a regular guest artist at the Scranton Public Theatre in Pennsylvania, having performed in Inherit the Wind, Love Letters and A Couple of Blaguards which he co-wrote with brother Frank McCourt. Currently, Malachy has been hosting a call-in radio forum on WBAI, airing on Sunday mornings at 11 am.[5] He also had a short-lived role as a Catholic priest on the HBO prison drama Oz. He was the owner of Malachy's, a bar on Third Avenue in New York. One of his frequent patrons was actor, and friend, Richard Harris, who although famous worked for a short time behind the bar for McCourt. McCourt played Francis Preston Blair in Gods and Generals (2003).

Malachy McCourt visiting Barnes & Noble Tribeca's yearly Tribute to James Joyce.
McCourt has written two memoirs titled, respectively, A Monk Swimming and Singing My Him Song, detailing his life in Ireland and his later return to the United States. He has also authored a book on the history of the ballad Danny Boy, and put together a collection of Irish writings, called Voices of Ireland.

On Tuesday, 18 April 2006, McCourt announced that he would seek to become governor of New York in the November 2006 election as a Green Party candidate. Running under the slogan "Don't waste your vote, give it to me", McCourt promised to recall the New York National Guard from Iraq, to make public education free through college, and to institute a statewide comprehensive "sickness care" system. McCourt polled at 5% in a 10 October Zogby poll, versus 25% for Republican John Faso and 63% for Democrat Eliot Spitzer.[6] McCourt was endorsed by Cindy Sheehan, mother of a fallen soldier in the Iraq War.[7][8] The League of Women Voters excluded him from the gubernatorial debate.[9] He came in a distant third in the general election, received 40,729 votes (or just under 1%), 9,271 votes short of what was required to gain automatic access in the 2010 election.

A Monk Swimming (1998) is a memoir by Malachy McCourt of his life in Limerick, Ireland, and of his experiences when he came to America. The book recounts the journey and the many obstacles that McCourt had to overcome. After first working as a longshoreman, he was able to open a successful Manhattan tavern frequented by entertainment celebrities, and appeared on television talk shows, although neglecting his wife and child.

This memoir picks up roughly where Frank McCourt, the author's older brother, left off at the end of his Pulitzer Prize–winning Angela's Ashes. This book was written and published before the elder McCourt published his own sequels, 'Tis and Teacher Man. 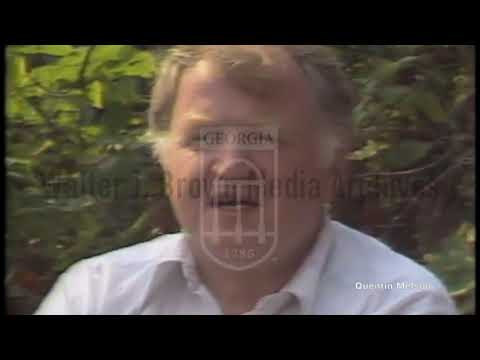