Starting this week off with the exclusive festival recap, Rory comes in and lets us know how his weekend in North Carolina went. They discuss Dreamville's Gangsta Grillz mixtape, the festival, as well as who is the next one up from that crew. He details his struggle in finding a last minute hotel, and tells his unexpected NC love story. Mal tells us of his weekend in Philly, and the guys discuss how having a show together gives people a hard time separating them as individuals. Discussion then turns to the Grammy Awards, but first they debate whether Lil Nas X is trolling for marketing. They then discuss Grammy nominations and winners, giving well deserved flowers, and giving their differing opinions on some of the winners and categories. Rory hates on everyone who ever met Andre 3000 and Nas, and they reminisce on old, nasty La Marina days from a decade ago. Kanye drops out of Coachella in real time during recording, and the team tries to find a quick replacement. They also discuss taxidermy, give opinions on which artists they believe live their lyrics, hip-hop culture conspiracy theories, + more!

Want MORE Rory & Mal? Sign up for the Patreon!
https://www.patreon.com/newrorynmal

Join now for exclusive moments and access to the guys + the rest of the New Rory & Mal crew, such as behind the scenes content, unedited/unfiltered episodes, exclusive Patreon-only skits, early looks at merchandise, + so much more! 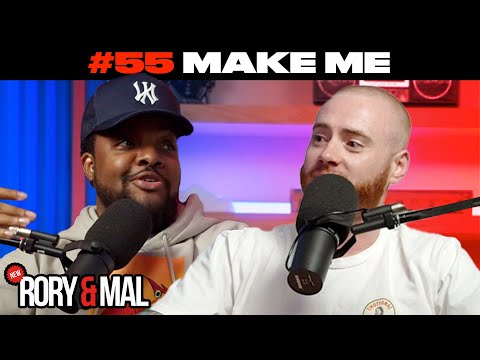 Starting this week off with the exclusive festival recap, Rory comes in and lets us know how his weekend in North Carolina went. They discuss Dreamvil...