"I watch CSI to know how you work."

My qualifications: MS Psychology, two police officers in the family.

Two men walk into a convenience store. Covering their faces are green Halloween masks, and one is holding a gun. Saeed Sharwani, a part-time employee at the store and father of four becomes animated upon seeing the masked men, causing one would-be-robber to run out the door.

The gun-wielding robber remains, hopping over the counter to take cash and lottery tickets. Saeed runs around the counter to deter the robber and is subsequently shot in the chest. He manages to get to the phone and call 911, but all he can manage to say is “why?” Shortly after, he passes away.

The crime matches the MO of suspects who have recently engaged in several robberies in southeast Wisconsin. While previously, none of the suspects were brought in for questioning due to lacking the evidence needed for a search warrant, the current crime is a homicide in addition to a robbery. The suspect, Kenneth Thomas, is issued a search warrant. While Thomas is not home at the time, the search warrant leads to a collection of physical evidence and anecdotal evidence, by way of interviews with Thomas’s roommates, linking Thomas to the crime.

Thomas is later located and brought in for questioning.

Become a Patron to get early access to videos:
https://www.patreon.com/verialdamon

Tip me via PayPal: [email protected] 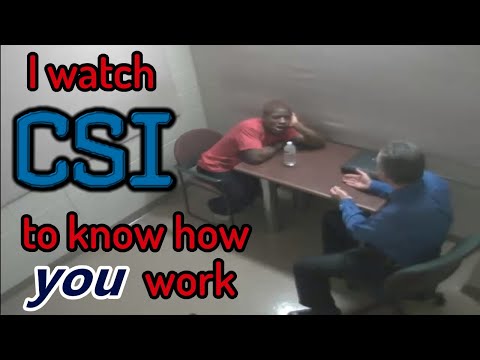