Think about this - A depressed man working all alone suddenly gets superpowers due to exposure to elements not of this world. His powers of superhuman strength and durability are triggered when he is extremely angry and his skin changes color while he multiplies in size. Did all of this make you think of The Hulk? Well, what we have in store for you today is not the Hulk but instead, is a Hulk rip-off that was created by DC during the Dark Age of Comics to capitalize on tropes they knew were popular and would do well amongst viewers. This giant superhero is a man who dubbed himself as Loose Canon as an homage to the extreme power he had gained – transforming him into a superhero. While Loose Canon had first appeared all the way back in 1993, as an emotionally unregulated hero, the character was recently brought back into the DC comic universe as a villain and I’m here to tell you all about this interesting character!

0:00 Intro
1:23 From a Crippled Detective to a Superhero
3:23 The First Comic Book Appearance Explored
6:31 How the Character was Brought Back in a New Avatar
8:54 How powerful is Loose Cannon? 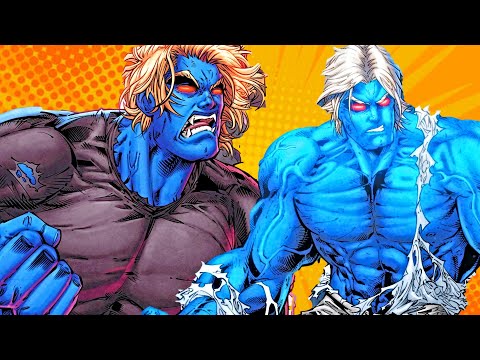 Think about this - A depressed man working all alone suddenly gets superpowers due to exposure to elements not of this world. His powers of superhuman...