Visit Rusty Quill for an amazing selection of podcasts about horror, tabletop RPGs, and much much more!! https://rustyquill.com Thanks to them for sponsoring AVGN Episode 200 Part 1!!

This is episode 200 of the Angry Video Game Nerd (AVGN), a review of every game published by LJN. This is part 1 of 3, with the others coming very soon. LJN has been a thorn in the Nerd's side for 15 years now. With the sudden rights falling into his hands, the Nerd has decided to remake every LJN game as good as possible. However, he'll need to review every LJN game ever made (while Back to the Future gets re-developed.) Thankfully, the Nerd has already reviewed a lot of the LJN library... but, there's a lot of garbage he hasn't played yet to complete the 67 LJN titles released.

Sam Beddoes as the Game Designer:
https://freakzonegames.com/
https://twitter.com/FreakZoneGames
(He also did the background music!)
(AND designed the real AVGN video games!!)

For everything else Cinemassacre:
https://cinemassacre.com/ 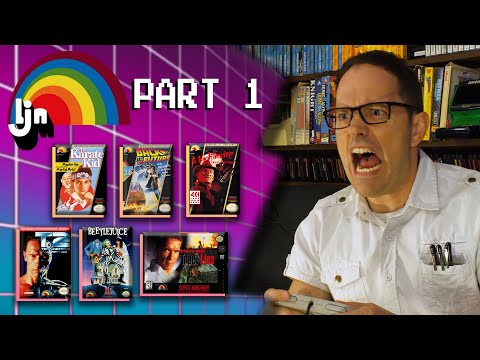 Visit Rusty Quill for an amazing selection of podcasts about horror, tabletop RPGs, and much much more!! https://rustyquill.com Thanks to them for spo...