Nanisa S. Pereles is a Program Analyst at EEOC. During her tenure with EEOC, Ms. Pereles has served as Supervisory Investigator coaching teams of investigators involved in all types of employment discrimination cases. She has trained and mentored EEO Investigators from coast to coast. In addition, she has been selected to train both internal and external customers on EEOC’s statutes, and she and has been part of national development teams for investigative training and compliance materials. She has led teams of investigators for over a decade with a focus on partnership, empathy, and efficiency. Those efforts have led to strong results including millions of dollars in relief for affected parties. Ms. Pereles is a Partnership for Public Service 2021 Leadership Cohort graduate. Prior to Ms. Pereles’ work at EEOC, she was an Immigration Officer and a High School Teacher. She received a Bachelor of Science in Communications from Southwestern Oklahoma State University and a Master of Arts in Communications from Oklahoma State University.

Julie Wilensky is a senior staff attorney at the National Center for Lesbian Rights, where her work focuses on litigation and advocacy to ensure the equal treatment of LGBTQ+ people. She also serves as an appointed council member on the California Fair Employment and Housing Council. Before joining NCLR, Julie was a deputy county counsel at the Santa Clara County Counsel’s Office, where she was a member of the Social Justice & Impact Litigation team. Previously, she was director of the California office of the Civil Rights Education & Enforcement Center and a shareholder at an employment and civil rights law firm in Oakland. She served as a law clerk to Judge John T. Noonan, Jr. of the U.S. Court of Appeals for the Ninth Circuit and to Judge Nicholas G. Garaufis of U.S. District Court for the Eastern District of New York. Julie graduated from Yale Law School and Yale College. 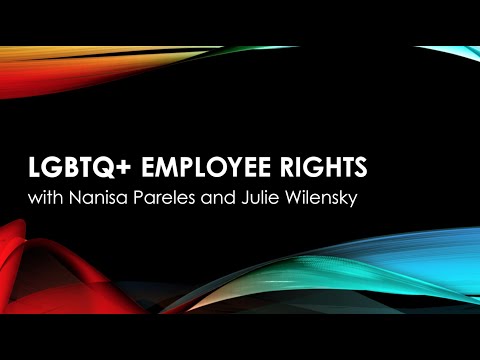