LOS ANGELES — A Los Angeles police captain and his wife are suing the city, alleging a fellow LAPD captain and others conducted a search of his Long Beach home in 2021 — knowing he would be absent and that only his wife and minor son would be present — as part of the city’s investigation into gun sales and the conduct of employees and managers at the Los Angeles Police Athletic Club. The Los Angeles Superior Court complaint brought by Officer Jonathan Tom and his spouse, Yoomi Tom, also names as defendants the Athletic Club — where Tom bought a gun in 2019 — and LAPD Capt. Lillian Carranza, who is herself suing the city for sexual harassment, alleging a photo of a nude woman was passed around the force that some in the LAPD falsely claimed was her. The Toms’ suit’s allegations include discrimination, retaliation, negligence, false light, intentional infliction of emotional distress and civil rights violations. The Toms seek unspecified compensatory and punitive damages in the suit brought Tuesday. A representative for the City Attorney’s Office could not be immediately reached. In his role as an LAPD command staff officer, Tom manages and supervises the law enforcement duties and responsibilities of about 250 law enforcement officers and civilian support staff, the suit states. A third-generation Chinese-American, Tom is one of the most senior Asian-American sworn employee within the department, according to his suit. In November 2019, Tom bought a handgun at the Athletic Club, filled out the required government forms, paid for the weapon and took possession of it after the required 10-day waiting period, the suit states. The Athletic Club, located in Elysian Park, primarily serves law enforcement officers. However, an Athletic Club assistant manager embezzled the money that Tom paid for the handgun, the suit states. In response, Carranza, head of the LAPD’s Commercial Crimes Division, had interviews conducted of a number of LAPD police officers to determine if they had purchased any of the handguns that were not logged in the Athletic Club sales system and were missing and embezzled by the assistant manager, the suit states. Tom, who underwent several interviews, voluntarily turned over the gun he bought at the Athletic Club and cooperated with investigators, the suit states. However, Carranza, her CCD investigators, and uniformed Long Beach police officers searched the Tom residence last Feb. 18, the suit states. The suit does not dispute the validity of the warrant, but alleges those involved “strategically waited until (Tom) was known to be at work, where he was informed by his deputy chief that a warrant authorizing searches of his home, work office, work vehicle, personal vehicles and cell phone would be executed, ” according to the suit, which further states that Tom’s wife and 11-year-old son were home at the time.


All data is taken from the source: http://dailynews.com
Article Link: https://www.dailynews.com/2022/01/05/lapd-captain-sues-city-fellow-captain-over-gun-search-of-his-long-beach-home/ 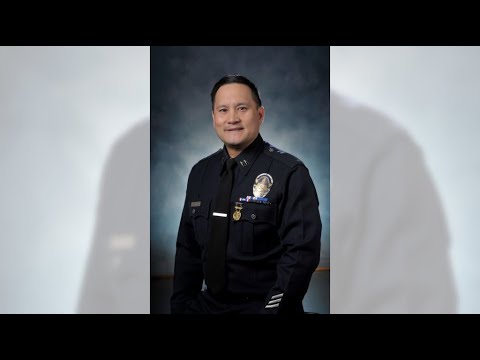 LOS ANGELES — A Los Angeles police captain and his wife are suing the city, alleging a fellow LAPD captain and others conducted a search of his Long B...