admin
The principal federal labor law that governs collective bargaining by private-sector employees is called the National Labor Relations Act (NLRA). Not all employees have union representation. In fact, the vast majority of private-sector employees are not currently unionized. This does not negate the importance of understanding the NLRA and other labor laws. For one thing, employees who are currently not represented by unions might attempt to unionize in the future.

Nonunion employers often have dealings with unionized contractors and suppliers. Mergers or acquisitions might bring unionized employees into the fold. Even if an employer does not have any dealings with unionized employees, nonunion employees still have certain rights under the NLRA that must be respected. The NLRA and other labor laws also affect nonunion workplaces and cannot safely be ignored by those employers.

In contrast to most other laws that apply to all employees regardless of organizational position, the NLRA’s protections do not apply to supervisors and managers. Under the NLRA, supervisors are individuals who have the authority, in the interest of the employer, to make personnel, to responsibly direct other employees, to settle their grievances, or to effectively recommend such actions. This definition of supervisor is intended to distinguish positions that are genuinely part of management from employees who operate like team leaders and from professionals in general.
The NLRA does not directly affect employment outcomes, but provides employees with a means of acting in their own interest to improve their terms and conditions of employment. The fundamental rights conferred by the NLRA (often termed Section 7 rights) include the right to do the following or refrain from such activities. The self-organization and concerted activity protected by the NLRA is broadly construed. Concerted or group activity is not confined to formal collective bar-gaining conducted by unions.

Instead, any efforts by employees to join together for mutual aid or protection can qualify as protected concerted activity—even if those employees are not represented by a union or attempting to form one. In general, conduct must be engaged in with or on the authority of other employees and not solely by and on behalf of the employee himself to be concerted. Evidence of group activity—such as discussions among employees or the delegation of an employee to speak with management—is generally necessary to demonstrate that activity is concerted. 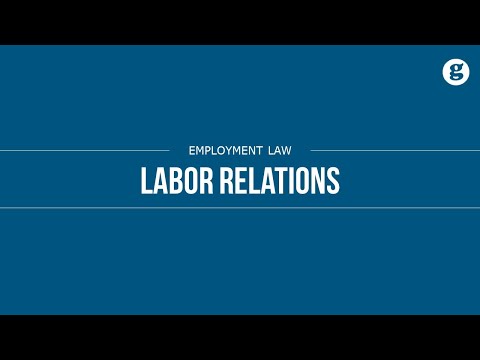