South Korea, from today, is officially implementing three key international conventions on labor... from the International Labor Organization.
These give labor unions the right to go on strike... over issues beyond just their working conditions.
Kim Sung-min explains.
A set of three key international conventions to improve employee rights took effect in South Korea on Wednesday.
According to the labor ministry, the three conventions from the International Labor Organization, or "ILO,"... are Number 29 on forced labor,... Number 87 on the freedom of association and protection of the right to organize,... and Number 98 on the right to organize and collective bargaining.
They can now be applied equally as domestic laws.

One ramification is that labor unions are now allowed to go on strike for broader issues such as corporate restructuring and labor law revision.
Previously, going on strike for such issues was illegal and they were only allowed to take collective action against issues regarding labor conditions.
This means the new conventions will give more room for labor unions to interfere with company management as well as human resource affairs.
The implementation comes 14 months after South Korean parliament ratified the conventions.

Pundits say there won't be a huge change after the implementation as South Korea had already amended most of the related labor laws in line with the conventions last year.
But some do point out that the revised laws still don't fully meet the international labor standard,... which could possibly cause confusion.
For example, the revised laws still prohibit the creation of labor unions of self-employed people as the government legally defines them as "non-workers."
The ILO Convention on the Freedom of Association, on the other hand, gives the right to establish labor unions to all workers.
In response to this, labor activists on Tuesday called for further revision to the labor laws to make sure South Korean laws are more in line with the international conventions.
On the other hand, the Korea Enterprises Federation has expressed concern that the conventions could lead to more labor-management disputes,... in turn negatively affecting Korean companies.
Kim Sung-min, Arirang News. 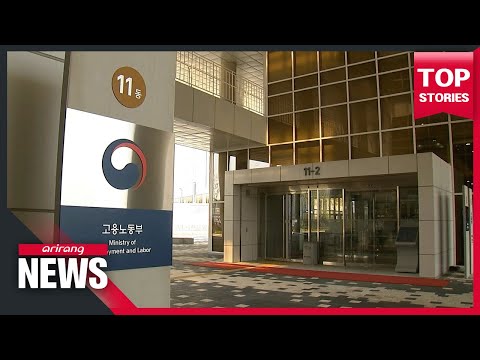