The inimitable Phife Dawg of A Tribe Called Quest passed away in March 2016 from diabetes complications, leaving Q-Tip, Ali Shaheed Muhammad and (sometimes) Jarobi with a wound that will never heal. They were also tasked with finishing the iconic group’s final album, We got it from Here… Thank You 4 Your service.

But according to former G.O.O.D. Music artist and Q-Tip’s cousin Consequence, the remaining Tribe members had an idea. On Tuesday (July 19), Cons shared a clip of his forthcoming Drink Champs episode to Instagram and revealed Kanye West almost joined Tribe as an honorary member.

For over 21 years, HipHopDX has been at the forefront of Hip Hop culture, reaching over 3.2 million readers and 5 million followers per month. As one of the longest-standing Hip Hop digital publications, DX not only stays current on Hip Hop culture, but continues to influence it, encourage it, and simultaneously reflect on its past. Our insightful, honest editorials, unbiased reviews, premier audio and video sections, and original video content, draws one of the most loyal followings online. As a part of Warner Music Group, HipHopDX is expanding internationally and continues to build upon the reputation it has garnered from decades of work. 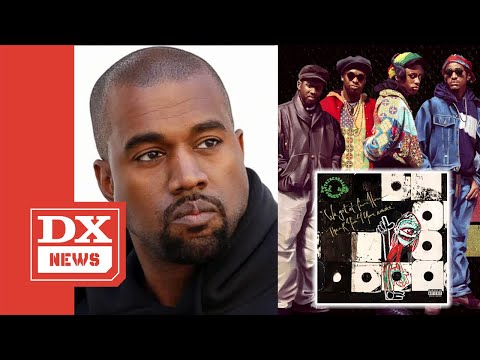