Live Questions:
33:11 What is your opinion on the value of manned vs unmanned space and planetary exploration? Is it worth the additional cost to send humans vs drones or robotic instruments? (Also, how much $$ to review a lengthy blogpost?)
36:04 Have you done a show on taxes? Or can you summarize your ideal replacement for our current tax system?
37:54 Further to your brief of yesterday, that Rand Paul is turning his back on the forces of liberty in Iran on the grounds of being principled is evidence of a corruption in his principles.
38:54 Sorry I missed the New Year’s Eve show. Give Idiocracy another chance, it’s much better on the second viewing. Just kidding. Thanks for everything!!
39:24 Other than his career, if Jordan Peterson was a heart surgeon! The consequences for clients/patients.
39:45 Get your butt on JRE, he's talking about the need for people thinking for themselves atm. Have a great weekend.
40:57 On law, do outcomes matter more than the rationale
44:07 I am puzzled on why the democrats aren't working to make a deal with Kevin McCarthy or whomever they favor to influence things to their side.
45:29 Longtime listener and ARI donor. The more I listen, the more I think there is no saving the current system. It is so frustrating b/c it seems that the answers to the problems are clear, but no1 understands them. It won't chge
46:23 I'm the child of Cuban immigrants to the US, but I've never been to Cuba. Older family members think traveling to the island funds communism and is thus unethical. The younger ones disagree. Do you think I should go visit?
47:15 Specialists must start working to get a career - bu a non-compete agreement can terminate not only one's specific employment, but the individual's career altogether. What conditions should a beginner insist on?
48:35 Do you remember the Hate law kangaroo court trial hauling up Ezra Levant magazine publisher in Alberta 13 years ago?
49:15 do you see any benefit in unemployment benefits. I live in Massachusetts and went through a career transition a few years back. unemployment really helped us stay solvent during that period.
50:06 Happy new year! I know you’re not a fan of rap, but I’m taking a chance and recommending 2 songs which i suspect you’ll still enjoy: Keynes vs Hayek and Mises vs Marx, both “rap battles” on youtube.
51:17 Would the ideas of limited govt have ever prevailed if not for the unique founding of America being a clean slate? I don't think you'll agree, but I don't think so. I don't think it's possible to change what's so entrenched..

Join this channel to get access to perks:
https://www.youtube.com/@YaronBrook/join

Support the Show and become a sponsor: https://www.patreon.com/YaronBrookShow

Or make a one-time donation: https://bit.ly/2RZOyJJ 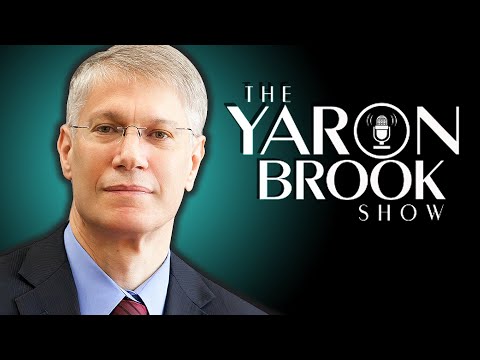