From John Flansburgh in an interview:
"I had never been booed before, and God, it’s a horrible feeling to be booed. They had oversold the show, there were like 1500 people in a place that probably could comfortably hold like 600 people or something, so they were just like stacking people into this club downstairs. The temperature on stage… there were lights, and it was slightly elevated but there wasn’t a high ceiling, so it was just very compressed and brutally hot. We hit the stage, and John basically had a heatstroke. He pretty much hit the deck, he just kind of keeled over, and the first thing I thought was, “wow, Little Mr. Show Business doesn’t want to play!” I had no concept, because he didn’t actually faint, he just kind of crumpled to the ground, and I was just thinking, “wow, weird, it’s like some kind of Michael Stipe routine he’s never done before.” Then he was just like, “John, I gotta lie down,” and he went offstage, and we just played another song without him, and then I went to the side of the stage, and went into the dressing room, and I was like, “are you OK?” He was out."

"hey guys linnell had a heat stroke, he cant play, sorry"
"fuck you!" 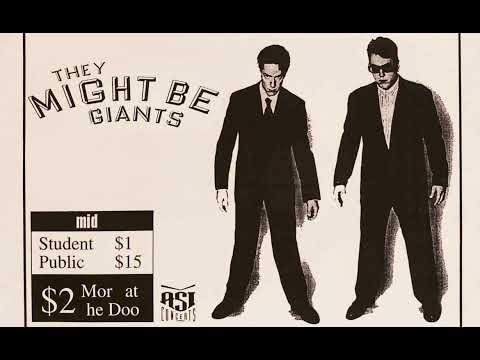