This unofficial video is in no way officially affiliated with Bendy, Bendy Characters, or Joey Drew Studios, Inc. This unofficial Bendy project is NON-CANON and NON-DLC.

Please note no copyright infringement is intended. We do not own nor claim to own any of the original music recordings or rights to the recordings used in this video. It is intended for entertainment purposes only.

Inspired by Casey Kasem’s American Top 40, the BATDR voice cast, and the Fambassadors. (group of Bendy fan artists/creatives that represent the best of what our Fambase is all about), invite you to the very first unofficial non-Canon non-DLC Bendy Fambassador Project: Joey Drew’s All Star Music Review! Join Joey Drew as he celebrates this delightful music showcase of songs and parodies sung by the Bendy and the Dark Revival voice cast as their characters. With jaw dropping visuals created by our Fambassadors, Joey Drew’s Allstar Music Review is sure to deliver tons of humor and just the right amount of heart.

The holiday season is all about bringing joy, connecting with the people you love, and making memories together. Whether you’ve been here from the beginning of Bendy’s story, or you’re joining us for the first time with BATDR, or even for this event, welcome! We are so excited to have you here to share this special time with us!

Discover & Follow all the amazing artists and creatives who collaborated together to bring you this event!

Millions of thanks to our wonderful host, Will DAGames Ryan for hosting this event for us! You have been an absolute delight to work with, and we’re thrilled to have you partake in the fun with us! It is an honor and a pleasure to have you as a part of our community!
To theMeatly, and The Joey Drew Studios Inc. team. Thank you for the many gifts Bendy has brought into our lives. For all your incredible hard work, and amazing art that has helped make so many dreams come true.
To our INKredible fan community aka “The Fambase”. Thank you for your many years of love, support, inspiration, and joy you have brought to us. You mean the world to us!
Happy Holidays! 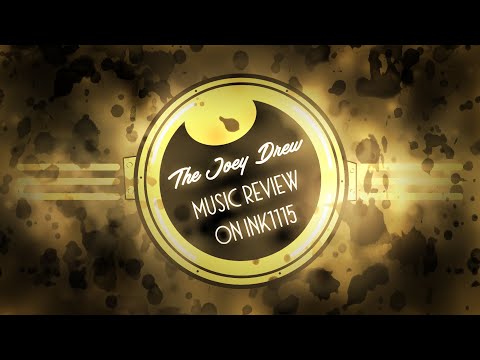