BLACK GIRLS MUST DIE EXHAUSTED by Jayne Allen is the first of three acclaimed novels previously self-published. This wildly commended series explores modern womanhood, in which a young Black woman must rely on courage, laughter, and love—and the support of her two longtime friends—to overcome an unexpected setback that turns her entire world upside down.

This incredible novel explores universal themes with an honest and emotional accessibility that will leave readers aching in its wake. With strong, relatable female characters, incredibly entertaining writing, and a story that will pull on all the heartstrings, readers will be craving book two long before the last page.

Tabitha Walker is a Black woman with a plan to “have it all.” At 33 years old, the checklist for the life of her dreams is well underway. Education? Check. Good job? Check. Down payment for a nice house? Check. Dating marriage material? Check, check, and check. With a coveted position as a local news reporter, a “paper-perfect” boyfriend, and even a standing Saturday morning appointment with a reliable hairstylist, everything seems to be falling into place.

Then Tabby receives an unexpected diagnosis that brings her picture-perfect life crashing down, jeopardizing the keystone she took for granted: having children. With her dreams at risk of falling through the cracks of her checklist, suddenly she is faced with an impossible choice between her career, her dream home, and a family of her own.

With the help of her best friends, the irreverent and headstrong Laila and Alexis, the mom jeans-wearing former “Sexy Lexi,” and the generational wisdom of her grandmother and the nonagenarian firebrand Ms. Gretchen, Tabby explores the reaches of modern medicine and tests the limits of her relationships, hoping to salvage the future she always dreamed of. But the fight is all consuming, demanding a steep price that forces an honest reckoning for nearly everyone in her life. As Tabby soon learns, her grandmother’s age-old adage just might still be true: Black girls must die exhausted.

Jayne Allen is the pen name of Jaunique Sealey, a graduate of Duke University and Harvard Law School. An avid traveler, she speaks three languages and has visited five continents. Drawing from her unique experiences as an attorney and entrepreneur, she crafts transcultural stories that touch upon contemporary women’s issues such as workplace and career dynamics, race, fertility, modern relationships and mental health awareness. Her writing echoes her desire to bring both multiculturalism and multidimensionality to a rich and colorful cast of characters inspired by the magic uncovered in everyday life. Black Girls Must Die Exhausted is her first novel which she calls “the epitaph of my 30s.” A proud native of Detroit, she currently lives in Los Angeles.

A native of Chicago’s South Side, Nancy Johnson worked for more than a decade as an Emmy-nominated, award-winning television journalist at CBS and ABC affiliates in markets nationwide. Her debut novel, The Kindest Lie, has been featured in The New York Times, The Washington Post, Los Angeles Times, and Entertainment Weekly. It’s been named one of the most anticipated books of 2021 by Newsweek, O, the Oprah Magazine, Shondaland, NBC News, Marie Claire, ELLE, The Chicago Tribune, The New York Post, Good Housekeeping, Parade, Refinery29, and more. Booksellers nationwide selected her novel as an Indie Next pick and librarians chose it for LibraryReads. Nancy’s work has been published in Real Simple and O, The Oprah Magazine. A graduate of Northwestern University and the University of North Carolina at Chapel Hill, she lives in downtown Chicago and manages brand communications for a large nonprofit. 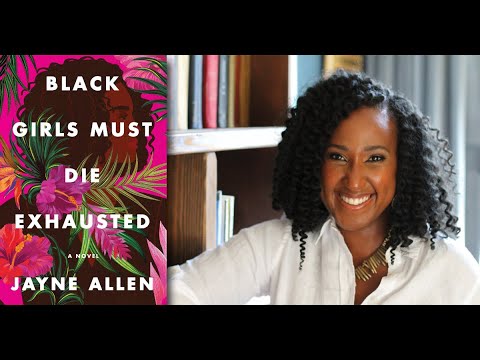