Janet Jackson Reaction Love Will Never Do Without You (VINTAGE SNACK?!) | Empress Reacts

Become a Patron and get 1 guaranteed reaction a month! https://www.patreon.com/EmpressReacts

SEND ME PICS OF YOUR MERCH OR REACHOUT FOR BIZ OPPORTUNITES: [email protected]

____
"Love Will Never Do (Without You)" is a song by American singer Janet Jackson. Composed by songwriters and record producers Jimmy Jam and Terry Lewis, it was recorded for the singer's fourth studio album, Janet Jackson's Rhythm Nation 1814 (1989). As with all tracks for the album, recording took place at Lewis and Jam's Flyte Tyme Studios in Minneapolis, Minnesota. The song was released as the seventh commercial single from the album on October 2, 1990, by A&M Records. It topped the US Billboard Hot 100 singles chart in 1991, becoming the fifth number one hit of Jackson's career and the fourth number one single from Rhythm Nation 1814. This gave her the distinction of being the only recording artist in the history of the chart to have seven commercial singles from one album peak within the top five positions, surpassing a record held by Michael Jackson and Bruce Springsteen.[1] She also became the third woman in the chart's history to amass four number one hits from one album, following Paula Abdul and Whitney Houston.[2] Additionally, Jackson became the first artist to achieve Hot 100 number one hits from a single album across three separate calendar years, preceded by "Escapade" and "Black Cat" in 1990 and "Miss You Much" in 1989. The single also peaked with the top five position of the US Hot R&B/Hip-Hop Songs and Dance Club Songs charts, as well as becoming a top 40 hit across several international singles charts. It is certified gold by the Recording Industry Association of America (RIAA), denoting sales of 500,000 units in the US alone.

Lyrically, "Love Will Never Do (Without You)" speaks of love conquering all, despite negative perceptions about a tumultuous relationship. Jimmy Jam and Terry Lewis originally conceived the song as a duet, potentially featuring male vocalists such as their former employer Prince, or former New Edition members Johnny Gill or Ralph Tresvant. Jackson ultimately recorded the song solo, singing alternate verses in different octaves to simulate a duet. Music critics have praised the song as one of the highlights of Rhythm Nation 1814, with reviews focusing on the execution of Jackson's layered vocals and harmonies. Although released as a single in 1990, Pitchfork included it on their list of "The 200 Best Songs of the 1980s."[3]

A music video directed by Herb Ritts and featuring actors Antonio Sabàto Jr. and Djimon Hounsou was produced to promote the single. In contrast to Jackson's typical videography where she is part of a dancing troupe, the cinematography utilizes a minimalist aesthetic, absent of back-up dancers and elaborate choreography. Jackson, Sabàto Jr., and Hounsou appear along a desert landscape, with a visual emphasis on bare skin and physical intimacy. The video is frequently regarded as the first instance in which Jackson takes on a sexually mature persona, setting the tone for her future projects. Critical analysis in film, feminist and queer theory also examine the video's use of the female gaze through which Sabàto Jr. and Hounsou's bodies are given equal focus. It won the MTV Video Music Award for Best Female Video at the 1991 MTV Video Music Awards and appears on the 100 all-time greatest music videos lists produced by MTV, Rolling Stone and VH1. It has been cited as an influence in the videography of other artists such as Britney Spears and Nicole Scherzinger.

Beginning with the Janet World Tour in 1993, Jackson has performed "Love Will Never Do (Without You)" live in each of her concert tours. She also included the song in the setlist for her first Las Vegas regency show, Janet Jackson: Metamorphosis. In 2001, a cover of the song was performed live by Macy Gray in tribute to Jackson as part of the television special MTV Icon, celebrating the singer. Covers have also been recorded by Sally Yeh and Sahara Hotnights. The song appears on two of Jackson's greatest hits compilations, Design of a Decade: 1986–1996 (1995) and Number Ones (2009).

Janet Jackson Reaction Love Will Never Do Without You (VINTAGE SNACK?!) | Empress Reacts 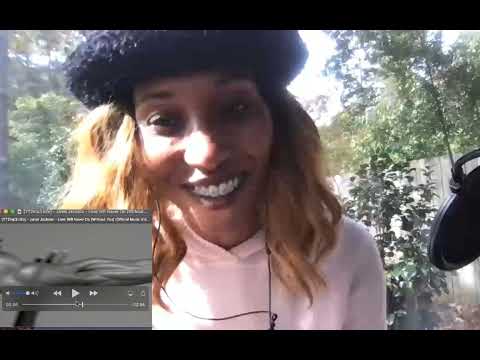