It’s been six months since the Taliban swept across Afghanistan to seize power in recently vacated Kabul.

Last August, as thousands of petrified Afghans tried to flee the country, the West watched aghast and ashamed by the fate of those who had been left to live under Taliban rule.

Now, six months on and the country has returned to a tentative reality.

But people here are guarded and much like the Northern Ireland of the 70s and 80s, you don’t talk politics or religion.

The government of the ‘Islamic Emirate of Afghanistan’, AKA the Taliban, has come to government at a challenging time.

The West, in response to its takeover last August, blocked access to the country’s foreign currency reserves and sanctions against Taliban leaders have stopped foreign investment.

They can no longer cover government salaries and aid agencies are picking up the tab for medical and teaching staff.

With NGOs warning that 97% of the population will fall under the poverty line by the middle of this year, the Taliban government desperately needs access to the reserves currently blocked by the US.

Abdul Qahar Balkhis, Talib spokesperson for the Ministry of Foreign Affairs, says that the humanitarian crisis unfolding in Afghanistan is entirely man-made. 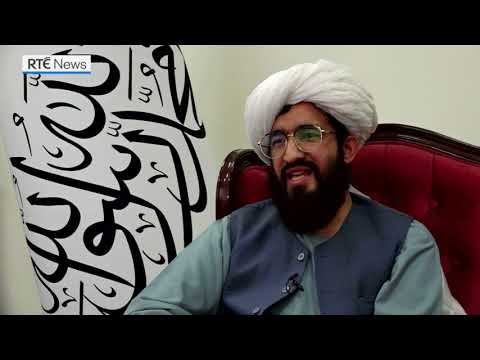 It’s been six months since the Taliban swept across Afghanistan to seize power in recently vacated Kabul. Last August, as thousands of petrified Afgha...