The story concerns Canadian twins who travel to their mother's native country in the Middle East to uncover her hidden past amidst a bloody civil war. While the country is unnamed, the events in the film are heavily influenced by the Lebanese Civil War and particularly the story of prisoner Souha Bechara. The film was shot mainly in Montreal, with a few days spent in Jordan.

Following the death of their mother Nawal, an Arab immigrant in Canada, Jeanne and her twin brother Simon meet with French Canadian notary Jean Lebel, their mother's employer and family friend. Nawal's will makes reference to not keeping a promise, denying her a proper gravestone and casket, unless Jeanne and Simon track down their mysterious brother, whose existence they were previously unaware of, and their father, who they believed was dead. Nawal has left two letters; one is to be delivered to Jeanne and Simon's father, and the other is to be delivered to their brother. Jeanne accepts; Simon, on the other hand, seemingly having had a more difficult relationship with Nawal and her apparently unusual personality, is reluctant to join Jeanne on this pursuit. 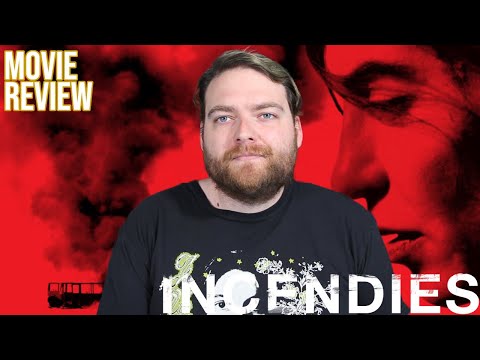 Incendies (French: [ɛ̃sɑ̃di] (listen); "Fires") is a 2010 Canadian drama film directed by Denis Villeneuve, who co-wrote the screenplay with...