IMPRISONED BY THE PAST - EXECUTION OF Warren McCLESKEY


On the morning of May 13, 1978, Warren McCleskey, using his car, picked up Ben Wright, Bernard Dupree and David Burney. All four had planned to rob a jewelry store in Marietta that day.

After Ben Wright went into the store to check it out, they decided not to rob it. All four then rode around Marietta looking for another place to rob but couldn't find anything suitable. They drove to Atlanta and decided on the Dixie Furniture Store as a target.

Each of the four was armed. McCleskey had a 38 caliber Rossi nickel-plated revolver, Ben Wright carried a sawed-off shotgun, and the two others had blue steel pistols.

McCleskey parked his car up the street from the furniture store, entered the store, and "cased" it. After McCleskey returned to the car, the robbery was planned.

The others rounded up the employees in the rear and began to tie them up with tape. All the employees were forced to lie on the floor.

The manager was forced at gunpoint to turn over the store receipts, his watch and six dollars. George Malcom, an employee, had a pistol taken from him at gunpoint.

Before all the employees were tied up, Officer Frank Schlatt, answering a silent alarm, pulled his patrol car up in front of the building.


McCleskey did not provide any mitigating circumstances, and the jury recommended the death penalty. The court followed the jury's recommendation and sentenced Warren McCleskey to death.

When the Supreme Court upheld the constitutionality of executions in 1976, it held out the promise of punishments determined with fairness and care, under special procedures and guidelines. Death is different, the Court recognized, irretrievable even when the state makes mistakes.

Further, even the most vengeful citizen comes to realize there's a practical limit to capital punishment. Society would find it hard to execute everyone who is technically eligible. With the amount of killers now on death row, it would take an execution a day for eight years to clear out the backlog.

the execution of Warren McCleskey by electrocution, in Georgia was on September 25, 1991, he was 44 at the time of his execution

Judge Forrester denied the appeal after a hearing ended around 11:20 P.M., but he stayed the execution until 2 o'clock to allow lawyers to appeal it. At 2:17 A.M. Mr. McCleskey was into the electric chair, only to be taken away three minutes later when officials learned the High Court was still pondering a stay.

Mr. McCleskey, who filed repeated appeals over the 13 years between his conviction and his death and has had a long succession of lawyers, produced two landmark rulings in death penalty law.

Mr. McCleskey was the 155th person to be executed since the Supreme Court cleared the way in 1976 for states to resume capital punishment.

Mr. McCleskey admitted to being one of four men involved in a robbery in which Officer Frank Schlatt was killed, but he denied being the one who shot him. None of the other men received the death sentence.


Join this channel to get access to perks:
https://www.youtube.com/channel/UCuuPJstydCOBP6lMxijeUjQ/join

THIS VIDEO, AND ALL THE OTHERS IN THIS CHANNEL, ARE ORIGINALS, WITH THE MOST ACCURATE INFORMATION I COULD GET TROUGH EXTENSIVE RESEARCH, ALL ARE FOR EDUCATIONAL PURPOSES.

Thanks for watching guys

IMPRISONED BY THE PAST - EXECUTION OF Warren McCLESKEY 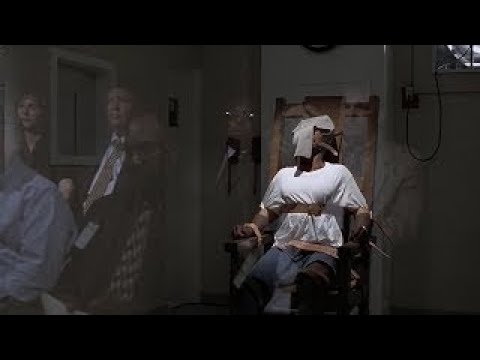 CLICK THIS LINK https://nobility.co.uk/index.php On the morning of May 13, 1978, Warren McCleskey, using his car, picked up Ben Wright, Bernard Dupree...