BRIGHTON, MA -- Celtics Head Coach Ime Udoka spoke to reporters on Wednesday after the Celtics preseason practice. Boston will play its second preseason game vs the Toronto Raptors on Saturday.

“First week or so we really emphasized switching off ball … that was the game plan … it’ll be game-by-game.”

Udoka talked about his players complaining to officials saying let him be the guy who complains to the refs. "Play through things ... we're not going to be a team that cries, that's definitely not me."

He talked about the big paring: "We've seen several different lineups here ... we've seen Al with Rob." ..."Part of that is (Al's) veteran experience, but he has a contrasting style ... stretch 5"

Ime on Nesmith: "He was great in Summer League, now we want to see him do it on a bigger stage." 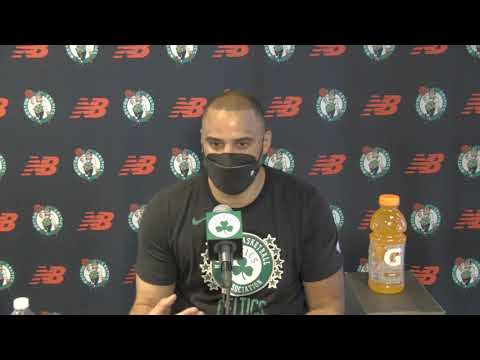