#CNN #CBS #NBC
REPUBLICAN Darrell Leon McClanahan III for United States Senator Missouri
What are the top two things voters should know about you that make you the best person for this position? I was born and raised in Joplin, Missouri. I was the chief petitioner to audit the City of Lexington, MO in 2016 and am a firm believer that government should be held accountable. I am passionate about the rights of "We the People" and the preservation of the traditional family. I'm not an attorney and believe the Constitution was written to be interpreted by an average man and applied with good common sense. Who, if anyone, should have legal access to abortion? And what role should the federal government play in creating or enforcing policies that affect people’s access to abortion? I believe that life starts at conception. I am a pro-life advocate and believe that abortion is morally wrong. We need to be the voice and protect the rights of the unborn. The Supreme Court has made it clear a right to life is guaranteed to the unborn. What should Congress be doing to address the cost of living in Missouri? Missouri is taking the steps in strategic planning to best use our surplus monies. They are looking at a long-term rather than a short-term solution of helping the people who need it most by lowering state income taxes. This idea could be used nationally. I believe policies like these will help Missourians be able to rise above the impact of inflation . I also believe we need to audit the Federal Reserve and end the IRS. What is the biggest issue facing our community’s schools, and what, if anything, should Congress do about that? This is a complicated question that "We the People" can solve by using this remarkable quote by Lt. Col. Jeff Cooper, USMC, "If violent crime is to be curbed, it is only the intended victim who can do it. The felon does not fear the police, and he fears neither judge nor jury. Therefore, what he must be taught to fear is his victim." What, if anything, should Congress do to address gun violence? What laws, if any, should Congress pass in addition to the recently announced bipartisan gun deal? I believe that we do not need anymore gun laws. The ones we have must be enforced. The issue with gun violence in America is not the guns but the people who use them, specifically when they get into the hands of criminals and those who face mental health challenges. The American people should have the ability to protect themselves and their families. We need to possibly think about gun classes and parenting classes that would be mandatory in schools. We need to take more of a proactive role in mental health treatment by implementing screenings and early intervention methods in our schools. What is one more issue you would prioritize in office that is not addressed above? Congress needs to designate criminal organizations known as Mexican drug cartels as terrorist organizations using all America can provide to secure our borders. I would introduce legislation in honor of Missouri Representative Bill Emery of Lamar, MO who passionately believed in "We the People" reserving all of our rights to hold government accountable with Missouri SB 874, allowing citizens to convene a grand jury. With bi-partisan support, I believe this should be a federal law. Campaign website https://www.facebook.com/people/Darrell-McClanahan/100072481121001/?_rdr

America has political prisoners
https://yearofjubile.com/ Let brotherly love continue. Be not forgetful to entertain strangers: for thereby some have enterta
ined angels unawares.Remember them that are in bonds, as bound with them; and them which suffer adversity, as being yourselves also in the body.

SB874 - Allows citizens to summon a grand jury by filing a petition with the court
https://www.senate.mo.gov/18info/BTS_Web/Bill.aspx?SessionType=R&BillID=71153471
N80G-PZve-gAXNQZAma3aQ&s

I was the chief petitioner to audit Lexington Missouri and personally took over 500 signatures to exposed corruption
https://www.google.com/amp/s/www.kcur.org/news/2017-10-05/missouri-state-auditor-reports-financial-instability-in-lexington%3F_amp=true.

Employer Religious Exemption I prepared for my wife feel free to use it as a template https://m.facebook.com/story.php?story_fbid=pfbid0x6U7Xdzjbvk3QBfU6tcCjkrPLrPPaEbS5e3G4MpnGrDgtinM3o52u8wWfxqqyrLbl&id=100072481121001 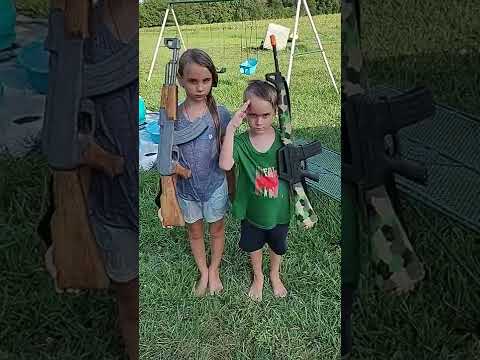 #CNN #CBS #NBC REPUBLICAN Darrell Leon McClanahan III for United States Senator Missouri What are the top two things voters should know about you that...