Note: we did a long intro/bio; the actual interview starts at minute 15. Also, apologies for the audio issues on my side.

Today I spoke with actress Kendal Brenneman, who grew up in a non-denominational church and eventually would have described herself as a Christian "Jesus freak," but eventually thought deeply about the claims of Christianity, and eventually deconverted.

We discussed many topics, including:

• Being heavily influenced by purity and virginity culture.
• How Christianity is much more "pagan" than we were ever told when we were in the church.
• Realizing that there many other books that could have been in the canon -- and in some cases, were in the canon but got removed later.
• How people who deconvert are often just trying to learn more about Christianity, in order to strengthen their faith, but in the process they start to learn information that causes their Christian worldview to unravel.
• Being more committed to the truth than to our religion, tradition, or preference.
• Wrestling with the disturbing reality that Christian indoctrination is psychological child abuse.
• Finding better, more honest answers outside the Church and the Bible than we ever found inside them.
• Realizing that Christianity is mythology.


Many thanks to Kendal for sharing her story!

Mentioned in this video:

The book "The Immortality Key"
https://www.amazon.com/Immortality-Key-Secret-History-Religion/dp/1250803985/


Your support for my channel, Harmonic Atheist, is very appreciated.

The more support I receive, the sooner I can do this full time! 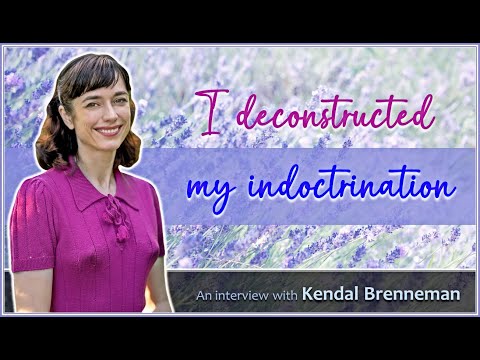