Let's play The Long Dark Wintermute Episode Four! In this episode, we open the lockbox and locker #3 and later track down a hidden convict cache! WARNING: Game is rated 'M' for Mature
► Join my Patreon Discord: https://goo.gl/yjbXev
► Leave a LIKE if you enjoy! It really helps!
► Subscribe for more! http://goo.gl/unW7V8
► The Long Dark Redux playlist: http://bit.ly/2vbaPVU
► Twitter: http://twitter.com/paulsoaresjr
#thelongdark

Outro art by Kazzr & Kong: https://goo.gl/Rx4NZa
Outro track is "There It Is" by Kevin Macleod (http://incompetech.com)

Get The Long Dark on Steam: https://goo.gl/W41TaM

About The Long Dark
The Long Dark is a thoughtful, exploration-survival experience that challenges solo players to think for themselves as they explore an expansive frozen wilderness in the aftermath of a geomagnetic disaster. There are no zombies -- only you, the cold, and all the threats Mother Nature can muster.

The episodic story-mode for The Long Dark, WINTERMUTE, includes four of the five episodes that form WINTERMUTE. Episodes 1+2 were given a complete overhaul in December 2018, as part of the Redux Update: new mission structure, story beats, dialogue, animations etc.
EPISODE ONE - “DO NOT GO GENTLE”
Bush pilot Will Mackenzie (player character) and Dr. Astrid Greenwood are separated after their plane crashes deep in the Northern Canadian wilderness in the aftermath of a mysterious flash of light in the sky. Struggling to survive as he desperately searches for Astrid, Mackenzie comes across the small town of Milton, where he begins to understand the scope of this quiet apocalypse.
EPISODE TWO - “LUMINACE FUGUE”
Mackenzie’s search for Astrid takes him deeper into the savage Winter wilderness. A mysterious trapper may be the key to finding Astrid, but can he be trusted?
EPISODE THREE - "CROSSROADS ELEGY"
In the aftermath of events in Milton, an enigmatic stranger rescues Dr. Astrid Greenwood (player character) from near death. Facing the blizzards of Pleasant Valley, Astrid must bring all her skills as a doctor to bear on the survivors she encounters. But will she find Mackenzie, and get closer to the mystery that's taking them to Perseverance Mills?
EPISODE FOUR - "FURY, THEN SILENCE"
A murderous gang of convicts has captured Mackenzie. Desperate to escape one of the darkest corners of Great Bear Island, he must somehow survive his fiercest enemy yet. Can Mackenzie recover the Hardcase, continue his search for Astrid, and also save the innocents caught up in this deadly confrontation? 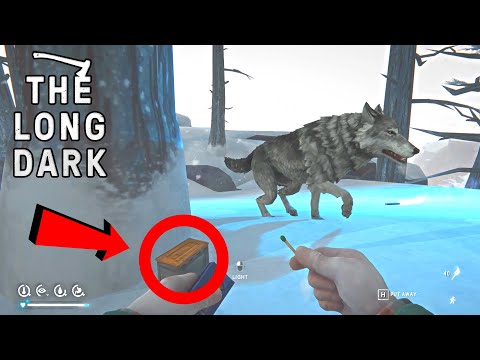 Let's play The Long Dark Wintermute Episode Four! In this episode, we open the lockbox and locker #3 and later track down a hidden convict cache! WARN...