Franklin arrives at Simeon's car dealership, where Simeon names him 'Employee of the Month'. Franklin, however, has become convinced that the crooked car dealer doesn't have his best interests in mind and is only keeping him and Lamar around for the muscle. After Lamar arrives (and promptly complains about being swindled out being Employee of the Month), they are tasked by Simeon to recover a motorbike sold to a Vagos gang member named Esteban Jimenez who refused to pay. The two make their way to a desolate back alley right next door to Vespucci Beach where Jimenez lives and search for the bike in a few lockup garages before Lamar, despite Franklin's earlier attempts to keep him from escalating the situation, starts a gunfight with the owner's friends.

A car enters the compound and crashes, leaking fuel, prompting Franklin to shoot the spillage, setting the vehicle ablaze. Jimenez escapes on the bike, and Franklin and Lamar follow him in pursuit. After Franklin kills him, the duo splits up, Franklin takes the bike and meets with Lamar at the Car Wash in Innocence Boulevard, Strawberry. Franklin immediately gets on Lamar's case about the incident, bashing him for yet another lapse in judgment on Lamar's part and the fact that, since they were forced to kill the owner, the repossession is now meaningless, so Lamar keeps the bike for himself only for the bike to become one of Franklin's personal vehicles afterward (following the mission, Lamar finds out that Stretch is being released from prison and notifies Franklin of that).

Make sure to check out the song 'Diamonds on My Wrist':
https://youtu.be/JUWxYSsemCk 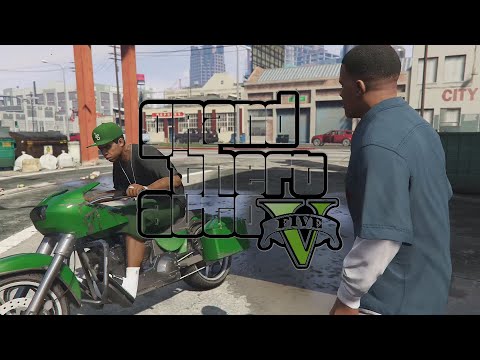