This international premiere was opened by WHO Director-General Dr Tedros Adhanom Ghebreyesus. The premiere was followed by a panel debate with Rebecca Danigelis, her son and film Director Sian-Pierre Regis, and ILO Deputy Director-General Martha E. Newton. This debate offered an opportunity to discuss how ageism in the labour market affects people across countries, and to elaborate on the strategies that can be put in place to reduce or prevent it.

The international screening was an event held as a part of the Ageism Through the Ages initiative organised by the Global Campaign to Combat Ageism. To find out more, visit https://bit.ly/ageismthruages. #AWorld4AllAges 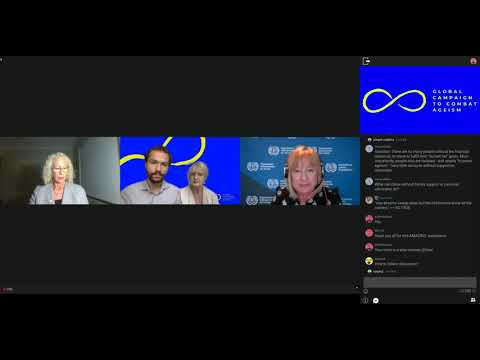 This is a recording of the introduction and panel debate of the international online screening of the film 'Duty Free' on 3 October 2021, organised by...