Go to https://thld.co/calderalab_ROF and use code ROF to get a special discount of 30% off, this is their biggest discount of the year!
Two election workers in the state of Georgia have sued the right wing news outlet The Gateway Pundit for alleged defamation. The pair claim that the outlet published their names and accused them of producing suitcases filled with ballots during the Georgia vote counting, a claim that then resulted in the women being harassed and threatened, in addition to damaging their reputations. Ring of Fire's Farron Cousins discusses this.

A pair of election workers from the state of Georgia has sued the right wing media outlet, gateway pundit for allegedly defaming them by naming them and attacking them and accusing them of somehow producing extra ballots in the Georgia election count. Uh, the two women who I'm not going to name, even though their name is in federal court, I'm not going to pull a gateway pundit here. I'm not going to name these individuals. Cause I understand what they've been going through either way. It is a mother and daughter who worked as election workers in the state of Georgia. The gateway pundit said that these two individuals were allegedly caught, pulling out a suitcase, filled with extra ballots that then got counted apparently for Biden. And that's why Biden won the state. So here it is from the hill. The parallel is the gateway pundit published lies about them that devastated the reputations.

Uh, noting the lawsuit alleges the gateway pundit instigated a dial, a deluge of intimidation, harassment, and threats that has forced them to change their phone numbers, delete their online accounts and fear for their physical safety. The lawsuit alleges that the website covered, uh, and named the workers after Trump's team during an election hearing in Georgia, falsely suggested that the two election workers pulled suitcases full of fake ballots for Biden. So, okay, Roy, uh, not Reuters, the gateway pundit didn't necessarily make the accusation against them that was previously made by Trump's, uh, folks. But they did repeat the false information. And of course named the two women we have seen for many, many months now. I mean, hell a year we've seen for a year now, the intimidation and harassment techniques that those on the right are using against election workers. Like these two women, these are not career politicians.

Okay? These are not people who are in the media spotlight. These were just two average everyday election workers, most likely volunteers, which is what a lot of election workers are, who have now had their lives up ended because of the lies coming out of the Trump Infor, uh, administration, excuse me, and the right wing media. This is unfair to these individuals. And I do hope that their lawsuit is successful. If they're able to prove obviously the things that they're alleging in this lawsuit, but this is irresponsible journalism. And I know nobody looks at the gateway pundit as the beacon of journalistic integrity, but these websites have to be held accountable when they do things like this. When you name these individuals who again are not public figures, they are not in the spotlight. They're just average everyday, uh, figures, just like we saw with the dominion lawsuit, where they picked on one individual employee, who's now suing several people for defamation as well.

The level that you have to reach in order to prove defamation is so much smaller than if you go after a public figure. So these two individuals have a very strong case and let this be a lesson to conservative media and hell even liberal media. If it comes to that too, when you name these individuals who are not already in the spotlight, you're opening yourself up for this. 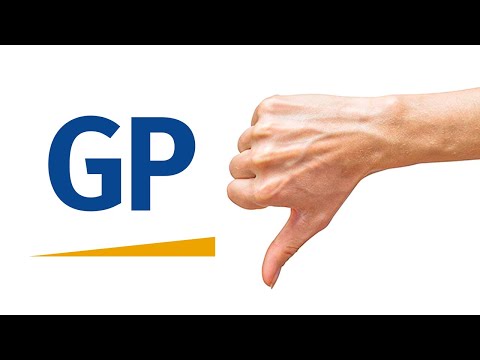 Go to https://thld.co/calderalab_ROF and use code ROF to get a special discount of 30% off, this is their biggest discount of the year! Two election w...