If you could listen to any day of the week, we bet you'd choose Fridayy. Although the 25-year-old singer broke out alongside Jay-Z, Rick Ross, John Legend and Lil Wayne on DJ Khaled's 'GOD DID,' the rising Philly phenom's skin in the game goes far beyond his immaculate run this year.

"I never heard [GOD DID] until it came out," he revealed of the legend-clad cut. "I can't [explain] how it feels... there's people that have been in the industry for 30 years waiting on a Jay-Z verse, and I came in with a Jay-Z verse. I've been doing this for like 10 years, though. I never skipped a day... God had a plan for me."

As a singer, songwriter, producer and multi-instrumentalist, Fridayy initially chased his hoop dreams in high school until he realized music was his true calling. Born Francis Leblanc -- or "Franny" as his teammates used to call him -- he was heavily inspired by The Weeknd and PARTYNEXTDOOR early on, as the OVO-XO mainstays are integral to his sound -- even channeling their monikers into his own. "In my head I was signed to OVO," he said. "I thought, 'What's the name I can put together so [Drake] can see it?'. This was at the time of The Weeknd and PARTYNEXTDOOR -- my favorite artists. So it was like, The Weeknd, PND, then Fridayy."

Now, the "GOD DID" emcee has stationed himself within an exclusive space of bona fide hitmakers, earning two Top 20 hits on the Billboard Hot 100 -- as an artist and producer -- all before dropping his debut EP 'Lost In Melody' (Oct. 21). Amid landing on Lil Baby's "Forever" and Khaled's star-studded LP (also producing the epic title track he features on), Fridayy's close relationships with Chris Brown, Vory and more have allowed him to flourish in his newfound spotlight.

With arguably the most triumphant introduction an artist can ask for, Fridayy is still celebrating the stratospheric ascent only He can provide -- sitting down with OGM host Hakeem Rowe in our latest Our Generation Music exclusive interview. 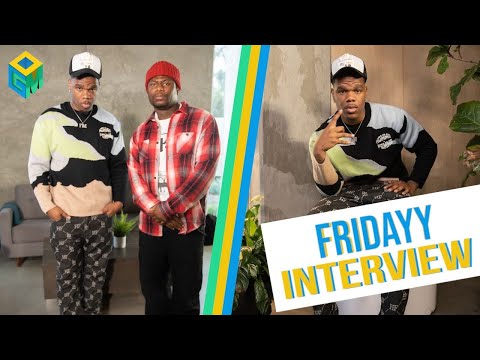 #OurGenerationMusic #OGM #Fridayy If you could listen to any day of the week, we bet you'd choose Fridayy. Although the 25-year-old singer broke out a...