The Law Association has called on opposition leader Kamla Persad-Bissessar to withdraw statements she made recently where she referred to some attorneys who voted against a motion of “no confidence” in the Attorney General as “eat-ah-food lawyers”.

In a statement issued on Friday, July 22nd, the association said Persad-Bissessar was “out of line” for criticising attorneys for expressing their views.

The Association’s release read:
• “As with all organisations which adhere to principles of democracy and open debate, it is essential that the membership should feel free to express their views without repercussion.

• “The attempt at the public shaming of our respected members by the leader of the opposition could only have a regrettably chilling effect, especially on younger members, of discouraging freedom of expression in future debates,” the release stated.

• The no-confidence motion in AG Reginald Armour, was defeated during a special general council meeting of the association held last Friday at the Hyatt hotel in Port of Spain.

The bodies of two (2) fishermen, were found off the coast of Cedros by members of the Coast Guard, on Wednesday 20th July, 2022.

• It was reported that the men left Bonasse village to purchase fish and shrimp from a fishing trawler just off the coast of Icacos around 5pm on the day they went missing.

• The search continues for Dion Charles, another fisherman who was reported missing on Sunday 17th July, 2022. After he was last seen on Saturday when he left home to go fishing.

President of the Scrap Iron Dealers Association (TTSIDA) Allan Ferguson read the riot act to members of the Association he leads who are involved in buying stolen metals which threatens to shut down the industry.

• On Wednesday, days after the prime minister said that he instructed the Attorney General to draft legislation to prevent the sale of stolen scrap metal, the Association met with the Ministers of National Security, Trade and Industry, Energy and Energy Industries and the Attorney General.

• Speaking at a press conference held in Chaguanas on Thursday 21st July, Ferguson said the Association knows who are the rouge members and warned they will be held accountable for their actions.

Ferguson said the association will no longer sit and wait for the government to come up with regulations for the industry.

• He said they will roll out a series of reforms where persons driving around with vans with the infamous slogan “buying scrap iron old battery buying” can be easily identified as legitimate scrap iron dealers.

• Ferguson added they have had enough and will place their feet firmly on the ground and who refuse to “shape up will have to ship out”. The association will not hesitate if it becomes necessary to inform the authorities on its members involved in the illicit trade since their actions threaten the livelihood of thousands of honest scrap iron employees.

According the President Ferguson, it is just a few persons who are responsible for stealing TSTT cables and WASA pipefittings which they sell. 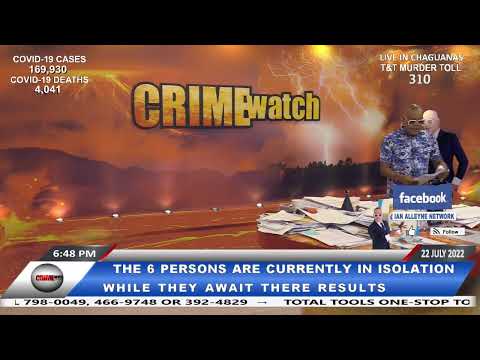