There’s a crisis in San Francisco. Homelessness has skyrocketed and drug use is rampant.

Michael Shellenberger moved to San Francisco in 1993 to work on liberal causes, and even spent time working for George Soros’ foundation. He advocated the decriminalization of drugs and promoted drug treatment programs. But, Shellenberger says, he began to worry when he saw the number of drug overdose deaths in America rise from 17,000 in 2000 to more than 70,000 by 2017.

“Clearly, we are in the midst of a massive drug crisis,” Shellenberger says, “and it felt like nobody was offering a particularly clear explanation of it or offering very good solutions.”

Out of frustration over the problems he was seeing in San Francisco and other liberal cities, Shellenberger became determined to diagnose the problems driving the homeless crisis and find solutions. He presents the result of his research and investigation in his new book “San Fransicko: Why Progressives Ruin Cities.”

Shellenberger joins “The Daily Signal Podcast” to discuss how the left’s “victim” ideology has harmed West Coast cities and what can be done to save those communities from complete ruin. 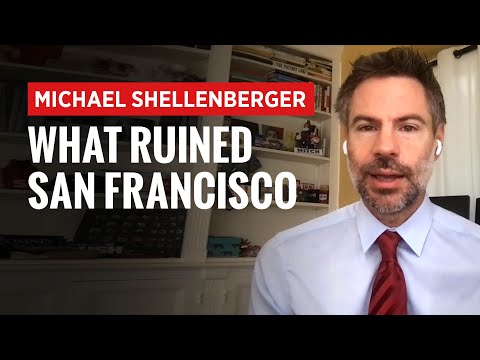 There’s a crisis in San Francisco. Homelessness has skyrocketed and drug use is rampant. Michael Shellenberger moved to San Francisco in 1993 to work ...