A former employee of Trump lawyer Alina Habba has filed a lawsuit against the lawyer for repeatedly using the N-word at the office while she sang along to hip hop songs. The employee was on record asking Habba to please stop because it made her uncomfortable, but Habba apparently didn't care how the only black employee felt. Farron Cousins discusses this new lawsuit.

*This transcript was auto-generated. Please excuse any typos.

One of Donald Trump's favorite attorneys. Alina Haba is now facing a lawsuit of racial discrimination after her only black employee who left her firm this past June filed suit alleging among many other things that Haba repeatedly used the N word, even after this employee had mentioned that it makes her incredibly uncomfortable. The employee is a woman by the name of NAIA Drayton. And we've actually talked about this story back when it first came out a couple months ago when these initial complaints first came forward. And now Ms. Drayton has in fact filed a lawsuit against Haba. So just to recap, in case anybody is, uh, not familiar with what Ms. Haba and her other attorneys at her firm allegedly did, but Ms. Drayton spelled it out very clearly in the lawsuit against Haba, is that before they would go to court working on Trump's cases, she made it a point to say, this was prior to Trump's cases.

Alina Haba allegedly would bring the attorneys into the little conference room they have at their firm, and they would blast rap music. And they would all sing along and including when the N-word was said in the songs they would talk or not talk, but they would sing along with lyrics about killing people and, uh, degrading women, all kinds of things that you find in pretty much all, um, pop music these days, but they didn't care that they left the door wide open, and everybody in the firm could hear them saying these things singing along or not. It made employees including the human resources director uncomfortable, but that's just really the tip of the iceberg. Right? That's part of the story we had heard over the summer, the lawsuit also, and we learned this over the summer, as well said that after Haba was, uh, given a defeat by New York attorney general Latisha James, she called her that black.

Um, which of course is highly racially charged language. You could have just said that, uh, B word instead of throwing in the black part, that's when you made it racial, um, also referred to somebody as a cheap Jew. So basically according to this lawsuit, just a lot of prejudice, stereotypes, and horrible language flying around directly from the mouth of Alina Hava. Now, again, all of this is alleged. She has not been, uh, convicted of anything. She hasn't lost any lawsuits, but it is interesting to point out the fact that Haba had once told Ms. Raton that it's okay, that she says these things because she herself is an Arab. So, you know, I I'm I'm

Non-white so I can say these racially charged things, and it's not, I guess, bad because I'm not white either. No, that's, uh, that's, that's not how it works. You can still be RA, uh, racist and prejudiced, even if you're not white. And based on the comments laid out in this particular lawsuit, it sounds like you just kind of hated everybody, you know, black people, Jewish people, um, pretty much anyone that you didn't like, you had to throw in some kind of racially derogative term. So in addition to having to represent Donald Trump and what seems to be, uh, with EV all the evidence coming out now, an almost unwinnable case now, Haba is gonna have to fight this lawsuit on her own. So it's unclear, obviously at this point, what kind of a distraction this lawsuit's gonna be for her, but I imagine the negative attention she is going to get from it is probably not gonna make it easier to work on Donald Trump's cases, which means Haba could end up being replaced, or she could quickly try to settle this lawsuit from Ms. Drayton so that she can focus on trying to keep Donald Trump outta prison. Again, this is a very new story, so we don't know which path she's gonna take, but either way, it's probably not gonna be a pleasant one for miss Haba moving forward. 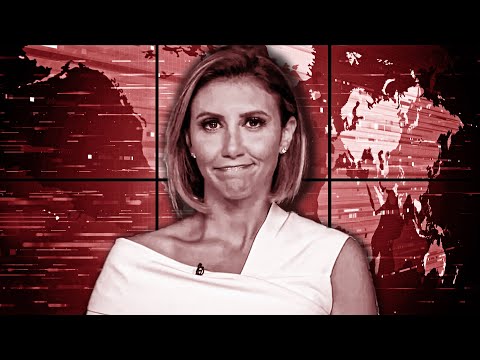 A former employee of Trump lawyer Alina Habba has filed a lawsuit against the lawyer for repeatedly using the N-word at the office while she sang alon...