The defendant shot and killed Police Lt. Debra Clayton on January 9, 2017, when she tried to bring him in on a warrant in the murder of his pregnant ex-girlfriend Sade Dixon. The manhunt intensified. Loyd went blind in his left eye from injuries sustained when he was finally arrested days later on January 17. Footage shows the arresting officers striking the defendant after he crawled out of a residence. The camera immediately zooms back and to the side of the incident.

The defendant claimed police brutality. Loyd was found guilty of murdering Dixon. He asserted at trial that he was the “victim” in all of this.

In any case, now it’s time for him to face possible responsibility for Clayton’s death. His defense has signaled that they’re going to argue that he was insane during the time of that shooting.

The state asserts that the arrest was proper and that the defendant got injured when “he refused to obey the commands of law enforcement” trying to arrest him, according to a March 4 filing obtained by Law&Crime. They oppose a defense demand to admit into evidence certain body cam, and some video from the interview room. Footage only shows things like Loyd complaining about the tightness of a handcuff, and “a self-serving hearsay statement by Defendant that he ‘was going to turn himself in anyway.'”
#MarkeithLoyd #LtDebraClayton 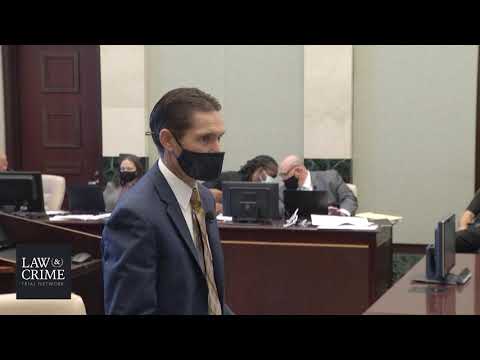 The defendant shot and killed Police Lt. Debra Clayton on January 9, 2017, when she tried to bring him in on a warrant in the murder of his pregnant e...