IDAHO FALLS — The FBI is now involved in the case of an eastern Idaho man who disappeared from a remote farm near the Utah/Nevada border nearly a month ago.

Dylan Rounds, 19, has been farming in the desert town of Lucin, Utah during summer months over the past few years. His grandmother last spoke with him on Saturday, May 28 and nobody has heard from him since then. There has been no sign of Rounds anywhere and no activity on his cell phone or bank account, according to his parents.

Multiple searches have been conducted in the remote Utah town and in nearby Montello, Nevada. The Box Elder County Sheriff’s Office is the lead law enforcement agency but the FBI confirms they are now helping with the investigation.

Dylan’s mom and dad sat down with EastIdahoNews.com Wednesday in their first joint interview since their son vanished. They hope the FBI’s involvement will lead to some answers.

“The main goal is to find Dylan. That’s the first and only priority but (the other goal) is to just find out who did what and make sure they get what they got coming to them with the law or whatever,” says Justin Rounds, Dylan’s father.

Justin last spoke with Dylan on Thursday, May 26 – two days before he disappeared. Justin was driving to Las Vegas and his son was talking about his tractor before the cell phone reception cut out.

When nobody had heard from the young man by Sunday, May 29, Justin and Candice Cooley, Dylan’s mom, went to his farm with other family members where nothing was out of place or suspicious.

“We figured Dylan put his grain truck in the shed like he told his grandma (on the last phone call), took off walking to his camper, and was out there with a broken leg or was bit by a snake,” Cooley explains.

The group began searching the property and about 90 minutes later, Dylan’s boots were found behind a pile of dirt around 300 yards from his grain truck. 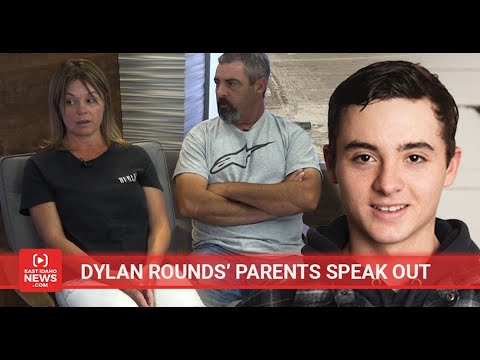 #EastIdahoNews #DylanRounds #NateEaton IDAHO FALLS — The FBI is now involved in the case of an eastern Idaho man who disappeared from a remote farm ne...