FBG Duck's Mom was Hurt by King Von's Death, Regardless of Von's Beef with Her Son (Part 1)

Part 2: https://youtu.be/L_3WfmCrMC8
--------
In this clip, LaSheena Weekly, the mother of FBG Duck, returned to VladTV, and she started out by speaking about the death of King Von, who was beefing with her son before Duck's death. LaSheena explained that she was emotional over King Von's death, and she added that she felt like Von's life was in danger after her son was killed. LaSheena went on to call King Von's death "senseless" and "uncalled for," and she added that his team shouldn't have put him in that situation. To hear more, including LaSheena speaking about the new generation not fighting, hit the above clip.

FBG Duck's Mom was Hurt by King Von's Death, Regardless of Von's Beef with Her Son (Part 1) 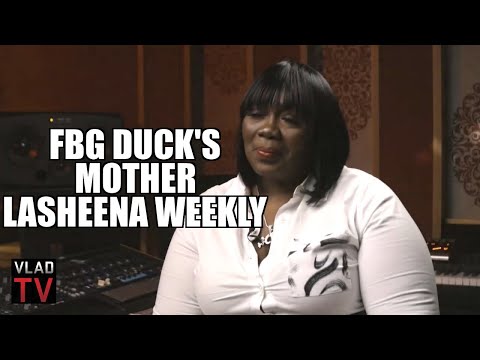