Faizon Love on Hanging Out with His Friend Coolio Before He Died, Cardi B was There Too (Part 29)

Part 28: https://youtu.be/UGVxb30LhpE
Part 1: https://youtu.be/c734MEhlw34
--------
In this clip, Faizon Love reacted to the criticism surrounding Deion Sanders after he announced he was leaving JSU for Colorado, and Faizon explained that college coaches either get fired or moved up. Faizon then added that HBCUs aren’t supported widely, and he went on to speak about how the kids at JSU fell in love with Deion. He also spoke about how JSU was lacking resources, including water and adequate fields for players. Vlad stated that Deion only has himself to answer to, and he added that Deion is getting older and needs to make the best decision for himself.

Moving along, Vlad asked Faizon about the passing of Coolio, which led to Faizon speaking about all of the people he’s lost. Faizon explained that he was just hanging out with Coolio before his passing, and Faizon added that they would talk smack to one another for hours. Faizon then shared stories about Coolio over the years, and Vlad detailed Coolio’s early career and how he became famous with “Gangsta’s Paradise.”

Faizon Love on Hanging Out with His Friend Coolio Before He Died, Cardi B was There Too (Part 29) 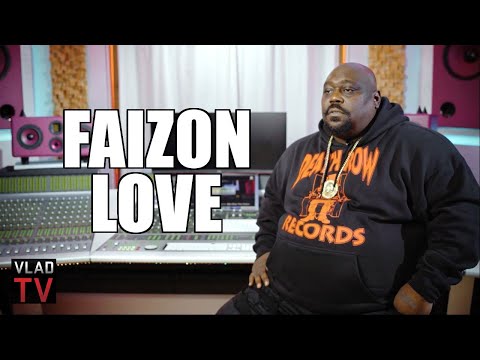