Survivor of Astroworld Stampede Interview, His Mother feels bad for Travis Scott - iCkEdMeL Andrew and this Mother joined the interview. Andrew shared his experience at Astroworld festival, while his mother shares her perspective as a parent. His mother express kids needing and outlet, and her opinion the blame is on security and staffing.

Survivors of Astroworld have been coming forward, to share their experience. If you missed yesterday's live of Astroworld 2021 watch here https://youtu.be/6hwObcgwC3k

Travis Scott-headlined festival AstroWorld in Houston Texas say a crazed man injected at least one person with during the chaos.

Houston Chief of Police Troy Finner made the shocking claim at a press conference Saturday after hours of rumors about the Astroworld Fest tragedy, after Mayor of Houston Sylvester Turner revealed the victims were aged between 14 and 27.

'One of the narratives was that some individual was injecting other people with drugs. We do have a report of a security officer, according to the medical staff that was out and treated him last night,' Houston Chief of Police Troy Finner said at Saturday's conference. 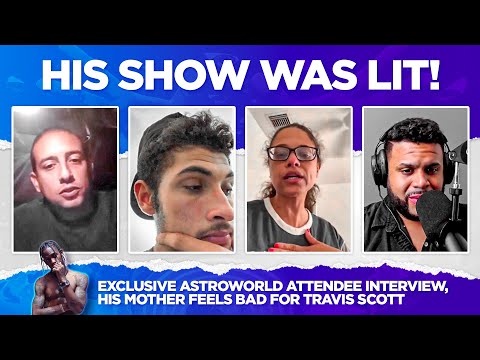