Statement by Ethiopia and the UN Secretary-General's Right of Reply at the Security Council meeting on Ethiopia.

Secretary-General's Right of Reply at the Security Council meeting on Ethiopia:
If there is anything I have cherished over this period, it is to maintain a very effective and operational relationship with the government of Ethiopia and its Prime Minister, to the effect that there has been criticism in the global media about that, accusing me of being biased in favour of the Ethiopian Government.

So, it is with total, I would say, in a spirit of complete easiness that I would like to ask you one thing, Mr. Ambassador.

If there is any written document, provided by the Ethiopian Government to any UN institution, about any of the [eight] members of the UN that were expelled, I would like to receive a copy of that document, because I have not had any knowledge of any of them. And it would be very useful for me to detect, if documents are given to the UN and not given to my knowledge, then I have to investigate what has happened in my organization.

So, I ask you please, Mr. Ambassador, to provide me with a copy of any of the written documents, written by the Government of Ethiopia about any of the [seven] that were expelled by the Ethiopians in this regard.

And I would recall that twice, I told the Prime Minister that if there were concerns about lack of, how to say, lack of impartiality of UN staff, that I asked him, please, send me those situations for me to be able to investigate.

Twice, I asked the Prime Minister and until now I have no response to these requests. And so, for us, the question is very simple. We believe that Ethiopia has not the right to expel these [seven] members of the UN. We believe Ethiopia is violating international law in doing so and we are ready to cooperate with the Government of Ethiopia in relation to any situation in which the Government of Ethiopia feels that any member of the UN is not behaving in total impartiality, in total independence, as humanitarian law prescribes and humanitarian principles establish.

The people of Ethiopia are suffering. We have no other interest but to help stop that suffering.

Thank you very much. 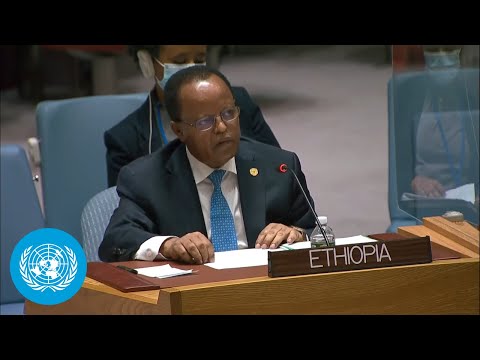