Coming hot off the heels of the Resident Evil movie reboot, attention now turns to the recently released Netflix adaptation of this popular franchise. Concerns were raised when this show was initially announced and then again when it was marketed as being a continuation of the games storyline up to RE Village anyway.Released last month what are the views on Neptune, [STARS] TyranT, Rombie and George Trevor now the dust has settled and all 8 hours have been consumed and digested? There is plenty to get our teeth into including the split storyline, the portrayals of legacy characters, the Wesker twins, as well as the return of the old (new) Umbrella.So buckle up as we try to flee through the Channel Tunnel is this review podcast.It's not all TV discussion however as we also have a look at the new trailer for the Shadows of Rose RE Village DLC. 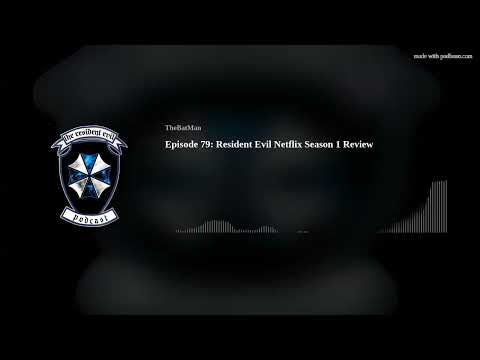 Source: https://www.podbean.com/eau/pb-4r8tb-128b3a9 Coming hot off the heels of the Resident Evil movie reboot, attention now turns to the recently r...