In this episode, Gannon returns to the mic and Bryce and him interview another #815Guy, James Cooper II. James is a former Harlem Huskie who succeeded and accomplished an insane amount while in high school. More specifically, when it came to football, James was lights out. He began his playing career as a center... Yeah, we could not believe it either. However, as he progressed and got older he took over at the quarterback position and never looked back. Always playing up age groups when he was a kid he entered into high school as a freshman splitting reps with the varsity starter. The rest is history. He took over at the position and capped off a career of 6,505 passing yards, 74 passing TD's, 16 rushing TD's which combine to be 90 total TD's. And, it did not come as a surprise to hear that those stats are all NIC10 records. His senior season he led the state in passing yards and passing TD's, averaged 300 yards a game, as well as 5 TD's. Ultimately, he finished his amazing career being a 3x all-state player, 2x all-conference, 1x conference MVP, Rock River Valley Male Athlete of the Year, and was also named a Chicago Bears Player of the Week. James is a quiet person, someone who has a small circle and with him everything is strictly business. The next two years at Iowa Western will play a major role in the next steps his career takes...

Social Media's: Linktree Link - https://linktr.ee/TheArtofFootball365
(The link will take you to our media pages that include: Our website, TikTok, YouTube, Spotify, Apple Podcast, Anchor, Google Podcast, Breaker, RadioPublic, and Pocketcasts) 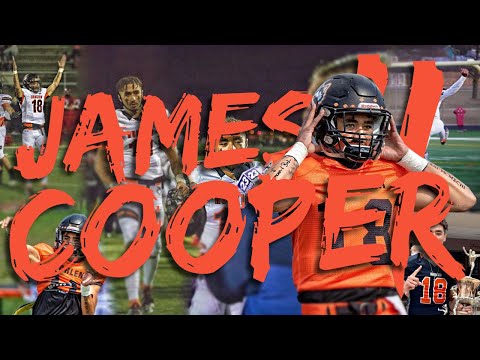 In this episode, Gannon returns to the mic and Bryce and him interview another #815Guy, James Cooper II. James is a former Harlem Huskie who succeeded...