The unemployment rate in Berlin was 10.1 percent. This was an increase compared to the month before at 9.8 percent. However, the application for Giga Berlin is very low. Only about 3,500 workers are employed, making it difficult to ramp up production to 10,000 cars per week.
So, why does the Giga Berlin factory have difficulty with recruitment?
If you want to find out more, stay with us until the end of the video. But before we start the video, let's support and subscribe to our channel, and ring the bell icon, so you don't miss any of our exciting videos in the future. Let's begin today's video!
When Musk personally took part in the new Tesla factory's hiring process, that was probably an attempt to attract talented engineers to his company. However, it may not have helped: Tesla said that only 3,500 of the 12,000 necessary workers for Giga Berlin had been hired so far. The company also needs 8,5000 workers.
The main issue is that Tesla is known for presenting a challenging working environment, including the ones currently dealing with the factory build – which is actually in Grünheide.
Giga Berlin has a series of news related to personnel just going into production. Assmann, the architecture company involved with the project, would have been fired. The Tesla engineer in charge of the plant construction was called Evan Horetsky. After contradicting Musk in a meeting, he had to leave the company. There are reports that ten other engineers decided to go to the company after their probation period expired.
In an online survey made by Civey in November with 8,673 people, only 36.7 percent thought that Tesla was an excellent company to work for.
Elon Musk Warns Giga Berlin CAN'T PRODUCE 10.000 cars/W, Fires a Lot of Employees!
=====
We use images and content in accordance with the YouTube Fair Use copyright guidelines: https://www.youtube.com/intl/en/about...
Any questions about copyright please send us via gmail:
[email protected]
To be resolved, thank you. 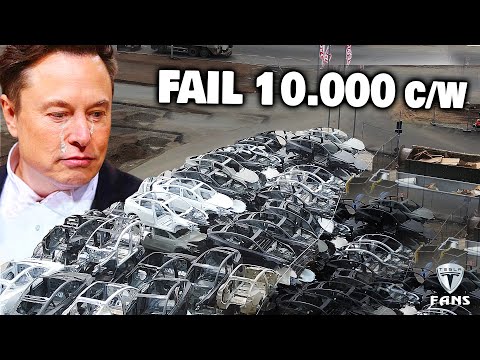