In this episode (https://www.rocksbackpages.com/Podcast/Episode/e128) we welcome the great Robert Greenfield, beamed in from his home in Carmel, California, and ask him about his early '70s adventures with the Rolling Stones that inspired the seminal book S.T.P..

Robert recounts his journey from Fusion and Boston After Dark, via Rolling Stone's London bureau, to his stellar career as an author and biographer — including his celebrated books about Bill Graham, Jerry Garcia and Augustus "Owsley" Stanley III. He describes how he showed up at Keith Richards' Villa Nellcote in August 1971, during the recording of the now-50-year-old Exile On Main St.. After this we hear about the defining 1972 pieces he wrote for Rolling Stone about that album's final overdub/mixing stages in L.A., and about the start of the "Stones Touring Party" trek through North America. We also hear a 1997 audio clip of Keef looking back on Exile and its gradual rise to acclaim as the group's greatest album, plus there's a digression on photographer-filmmaker Robert Frank, whose Cocksucker Blues was (like S.T.P.) a key document of that triumphant 1972 tour.

From there we go to clips from the week's new RBP audio interview, which features John Tobler in a 1992 conversation with folk-country legend Jerry Jeff Walker, the object of veneration on Steve Earle's new album Jerry Jeff. The genial and engaging Mr. Walker talks to Tobler about the difference between Nashville and his adopted Austin, his beloved 1968 song 'Mr. Bojangles', and (in the episode's outro) his encouragement of fellow troubadour Guy Clark — another object of Earle's Texan veneration.

After valedictory reflections on Dylan crony and "stars' superstar" Bob Neuwirth, Microdisney/Fatima Mansions frontman Cathal Coughlan, and Greek prog-electronic deity Vangelis — news of the deaths of Depeche Mode's Andy Fletcher and former Yes drummer Alan White came in after the recording of this episode — Mark Pringle quotes from his favourite new additions to the RBP library. These include pieces about Scott Walker, the Wailers, choreographer Cholly Atkins and self-proclaimed "bedroom bore" Aphex Twin, after which Jasper weighs in with remarks on the Streets and Shontelle.

Many thanks to special guest Robert Greenfield. Find his books, including S.T.P.: A Journey Through America With The Rolling Stones, in all good bookshops. 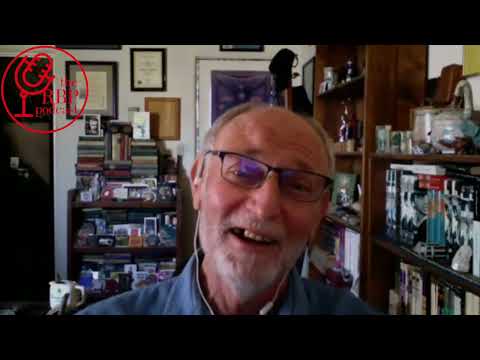 In this episode (https://www.rocksbackpages.com/Podcast/Episode/e128) we welcome the great Robert Greenfield, beamed in from his home in Carmel, Calif...