Prince Harry has seemingly become the Duke of Delusion, as seen in clips of his upcoming interviews with ITV and 60 Minutes.

Almost three years after publicly leaving the royal family, Prince Harry can’t seem to leave things well enough alone. The Duke of Sussex is releasing an upcoming memoir where he once again retreads over old wounds as he and his wife Meghan Markle seemingly fail in Hollywood.

He seems to believe that doing more tell-all interviews and sharing more details about his life in the royal fold will somehow help him mend the severely damaged relationship that he has with his father and brother.

Things could not be further from the truth, and it begs the question, how delusional is Harry.

While this type of enterprise might work for a struggling starlet trying to put down extended family members, Harry and Meghan have no leverage here. As a former d-list actress and a constitutionally irrelevant prince, the couple really have no power in this situation. But their constant attempts and desire for fame and publicity is leading them to ruin and makes Prince Harry look like his grasp on reality is tenuous. 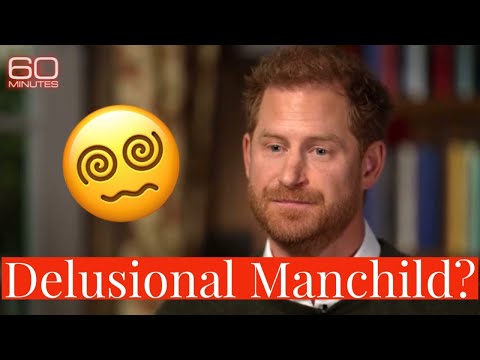 Prince Harry has seemingly become the Duke of Delusion, as seen in clips of his upcoming interviews with ITV and 60 Minutes. Almost three years after ...