The media took note of a man who felt that the cover of Meek Mill's new album is horribly disrespectful to black women. According to Black America Web, #MeekMill should expect to receive tremendous backlash for this album:

The old saying goes that art imitates life, but what happens when the art in question may be imitating a lifestyle that could be offensive to a whole race and gender of people?

One very vocal white man on Hollywood Blvd recently felt it was his duty to call out the artwork for Meek Mill’s new album, Expensive Pain, somehow tying it to the disrespect of Black women, Masonic symbolism, vaccine mandates and why you should take off your mask in general.

In the two-minute-long viral clip, the local upset resident let his explicit feelings be known about the bus rolling through his neighborhood with the Expensive Pain artwork plastered across the entire exterior as promo. “What the f*ck is this,” the man exclaims while pointing to a portion of the drawing that depicts a, well, pink portion of the human anatomy, further scalding into the camera by adding, “Is this what you want Black women?”

His rant continued with more questions for Black women, screaming “Is this how you want to be respected in life?” and also “This is how you want to be portrayed?” After claiming to actually be from Philadelphia, a reason he says otherwise would’ve made him supportive of the South Philly-bred emcee, he brought up the idea of little girls seeing it and being influenced by the imagery. His argument took a turn for the left towards the end though after he labeled a checkered floor in the artwork as “Masonic” and further made claims that it’s all connected to the vaccine, imploring all to “take your freaking mask off — learn about germ theory!”

While it certainly made for viral entertainment, what the guy failed to do was his actual research to learn that his root of frustration was actually created by Nina Chanel Abney, a female African American contemporary artist that explores themes from race and gender to homophobia and pop culture. 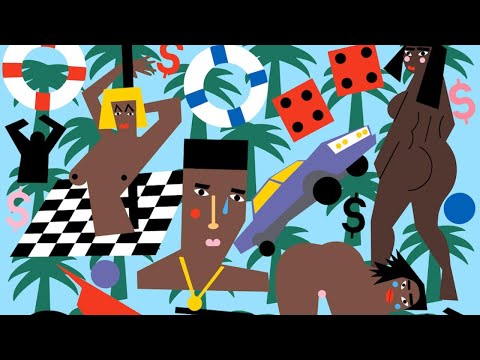 Does the Meek Mill Album cover disrespect black women? - Dr Boyce & Jeff Lightsy Jr. The media took note of a man who felt that the cover of Meek Mill...