DESMOND RIDDER
CINCINNATI
QB
The Louisville native played for former NFL offensive lineman Will Wolford at Saint Xavier High School, getting his first scholarship offer from current Cincinnati Bengals head coach Zac Taylor when he was the offensive coordinator at UC. After taking a redshirt in 2017, Ridder started 12 of 13 games in his first season on the field, winning the American Athletic Conference's Rookie of the Year Award by completing 62.4 percent of his passes (194-of-311) for 2,445 yards, 20 touchdowns and five picks. He also rushed 149 times for 583 yards (3.9 per carry) and five scores on the year. Ridder started all 13 games in 2019, though his production dropped a bit (179-of-325, 55.1%, 2,164 yards, 18 TDs, nine INTs; 144-650-4.5, five TDs rushing). He took a step forward in 2020, as he was named the AAC Offensive Player of the Year and a first-team all-conference passer (186-of-281, 66.2%, 2,296 yards, 19 TDs, six INTs) while leading his 9-1 squad with 12 rushing TDs (98-592-6.0) in 10 starts. Ridder was the conference's Offensive Player of the Year again in 2021 (251-of-387, 64.9%, 3,334 yards, 30 TDs, eight TDs; 110-365-3.3, six TDs rushing in 14 starts), leading the Bearcats to the College Football Playoff and setting school career records with 87 passing touchdowns and 12,418 yards of total offense
Four-year starter and four-year winner whose hard work at his craft altered his standing from good college quarterback to early-round draft pick. There is nothing special about Ridder's size or arm talent but his improved confidence and field command has really helped him mature at the position. He plays in rhythm and operates with consistently repeatable footwork and mechanics. He's intelligent and processes quickly, which should help him find where the football needs to go regardless of passing scheme. Getting the ball to NFL targets accurately and safely, however, is not a given. Despite favorable mechanics, his accuracy and ball placement need work and he doesn't have the arm strength or release quickness to consistently survive off-target throws against pro coverage. He can run but is more of a pocket passer who can win with his legs than a true dual-threat quarterback 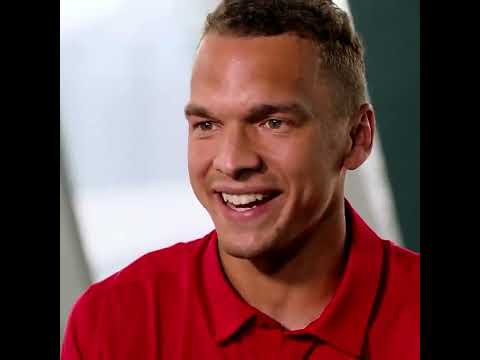