Dave Grohl On When He First Met Bestfiend Taylor Hawkins, Grief Is Hard To Process

"When it was time to look for a drummer, I wished that
he would do it but I didn't imagine he would leave
Alanis Morissette because at the time she was the
biggest artist in the world.

So when I called him and
said, 'Hey, I'm looking for a drummer.' He said, 'You
know I'm your guy.' And I think it had more to do with
our personal relationship than anything musical.

And
to be honest, it still does. Our musical relationship, the
foundation of that is our friendship, and that's why
when we jump up on stage and play, we're so
connected because we're like best friends, and it's.

"His musical spirit and infectious laughter will live on with us forever," read a message posted to the band's social media accounts.

Taylor Hawkins, longtime drummer for the Foo Fighters, has died.

The band’s representative, Steve Martin, confirmed the news Friday to reporters and his passing was announced on the band’s Twitter account. A cause of death was not immediately available.

“The Foo Fighters family is devastated by the tragic and untimely loss of our beloved Taylor Hawkins,” the message read. “His musical spirit and infectious laughter will live on with us forever.”

The band had been in South America on tour and was scheduled to perform Friday in Bogotá, Colombia.

They were also scheduled to perform at the 2022 Grammy Awards on April 3.

Born on Feb. 17, 1972, in Fort Worth, Texas, Hawkins was the touring drummer for Alanis Morissette from 1995 to 1997, including concerts supporting her legendary album Jagged Little Pill.

During a 2021 interview with Kerrang, Hawkins recalled learning that the band was in the market for a new drummer, leading him to scramble to somehow find Grohl’s phone number. “

He said “I basically said to Dave, ‘I’ll play drums for you,’ and we jammed a couple of times,”

Hawkins said. “I remember I was at home watching Showgirls with my girlfriend, and Dave called to ask if I wanted to join.”

The drummer, who celebrated his 50th birthday last month, was with the group for all 12 of its Grammy wins, including the most recent in 2018 for the song “Run,” and its Rock and Roll Hall of Fame induction in 2021.

He enjoyed a close friendship with Grohl, and the pair would often make joyful television appearances together, in addition to starring together in the band’s music videos, including for “Learn to Fly,” featuring Hawkins in drag as a flight attendant.

“He wasn’t just one of the greatest musicians in the world but also one of the greatest most positive and fun humans you could ever meet,” Oseary wrote. “He was always laughing.. always!!! Im so fortunate that I was able to see him a few months back and get one last hug.”

Dave Grohl On When He First Met Bestfiend Taylor Hawkins, Grief Is Hard To Process 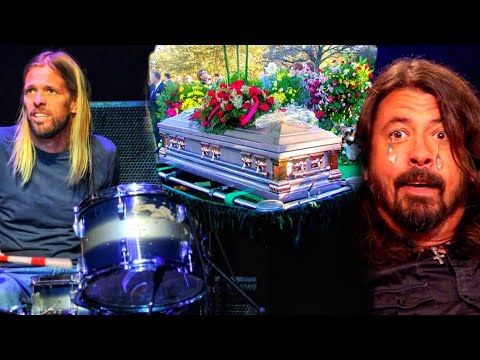 "When it was time to look for a drummer, I wished that he would do it but I didn't imagine he would leave Alanis Morissette because at the time s...