Netflix just announced that an employee has been fired for leaking the personal financial information of Dave Chappelle. The #Netflix leak was lead by a person who has taken issue with the recent Chappelle special "The closer".

Netflix said Friday that it had fired an employee for disclosing confidential financial information about what it paid for Dave Chappelle’s comedy special “The Closer,” which some condemned as being transphobic.

“We understand this employee may have been motivated by disappointment and hurt with Netflix, but maintaining a culture of trust and transparency is core to our company,” the statement said.

The statement said the information was referenced in a Bloomberg news article, which reported that Netflix spent $24.1 million on “The Closer,” which first aired last week. The article also mentioned the lower budgets for a 2019 Chapelle special, a Bo Burnham special and the nine-episode hit “Squid Game.”

Netflix said a review of its internal access logs pinpointed the information to a single person, who “admitted that they downloaded and shared sensitive company information externally.”

The confidential information the employee disclosed was found in a Bloomberg news article, which reported that Netflix spent $24.1 million on

“The Closer,” first aired on Oct. 1 and had gained at least 10 million views. However, Chapelle’s remarks about the transgender community raised protests within Netflix and from LGBTQ activists.

However, Netflix co-CEO Ted Sarandos told managers in an internal memo that the show doesn’t cross “the line on hate” and will remain on the streaming service.

More about #DaveChappelle and his history:

David Khari Webber Chappelle was born on August 24, 1973 in Washington DC. His parents, Yvonne Chappelle Seon and William David Chappelle III, were professors. His great-grandfather Bishop D. Chappelle was the president of Allen University. Chappelle was raised in Silver Spring, Maryland. He grew up idolizing Eddie Murphy and Richard Pryor, and family friends, regaled with Dave's humorous antics and monologues, often commented that Chappelle would likely grow up to be a comedian. Chappelle's parents separated when he was young, and primarily lived with his mother while spending summers in Ohio with his dad. He graduated in 1991 from Duke Ellington School of the Art where he had studied theater.

Career: After high school, Dave moved to New York City to pursue a career in comedy. He performed at the Apollo Theater's Amateur Night (and was subsequently booed off stage), but soon made a name for himself anyway on the New York comedy circuit. He appeared on HBO's Def Comedy Jam in 1992 and won critical and popular acclaim for his performance. This was a turning point in his popularity, and he became a regular guest on the late-night circuit on shows like Late Show with David Letterman, The Howard Stern Show, and Late Night with Conan O'Brien. At age 19, he opened with a comedy act for Aretha Franklin.

Chappelle made his film debut at the age of twenty in the 1993 Mel Brooks comedy Robin Hood: Men in Tights. Chappelle then took other film roles (including a small part in the Eddie Murphy-starring feature film The Nutty Professor in 1996, and co-writing and starring in stoner film Half Baked in 1998) and attempted several failed television pilots before launching his own series, Chappelle's Show on Comedy Central in 2003. The show was wildly popular and ran for two successful seasons and was nominated for two Emmy Awards before Chappelle abruptly left during production of the third season, though Comedy Central later aired the episodes created without him. Chappelle cited the fact that he did not like the direction the show was going, that he was overworked with 20-hour workdays, and did not have time to devote to his stand-up career as reasons for leaving. Walking away from the show meant the cancellation of a $50 million dollar contract with Comedy Central.

Tags for this video: 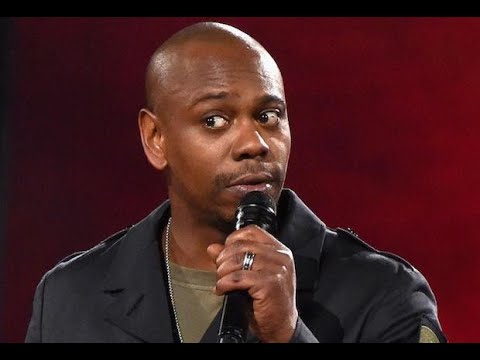 Netflix just announced that an employee has been fired for leaking the personal financial information of Dave Chappelle. The #Netflix leak was lead by...