Issues affecting pay structure can hurt or help the organization’s ability to recruit, motivate, and keep employees. The Uniformed Services Employment and Reemployment Rights Act (USERRA) requires employers to make jobs available to their workers when they return after fulfilling military duties for up to five years. The armed services pay service members during their time of duty, but military pay often falls short of what they would earn in their civilian jobs. Some employers choose to support their employees by paying the difference.

Policies to make up the difference between military pay and civilian pay are costly. The employer is paying employees while they are not working for the organization, and it may have to hire temporary employees as well. The media have also drawn public attention to the issue of executive pay. The issue attracts notice because of the very high pay that the top executives of major U.S. companies have received in recent years. A study by Chief Executive Group found that CEOs at private companies received median compensation of $361,558.27. Though most CEO compensation takes the form of performance-related pay, such as bonuses and stock.

Top executives help to set the tone or culture of the organization, and employees at all levels are affected by behavior at the top. As a result, the equity of executive pay can affect more employees. One study that investigated this issue compared the pay of rank-and-file employees and executives in various business units. In business units where the difference in pay was greater, customer satisfaction was lower. The researchers speculated that employees thought pay was inequitable and adjusted their behavior to provide lower inputs by putting forth less effort to satisfy customers. 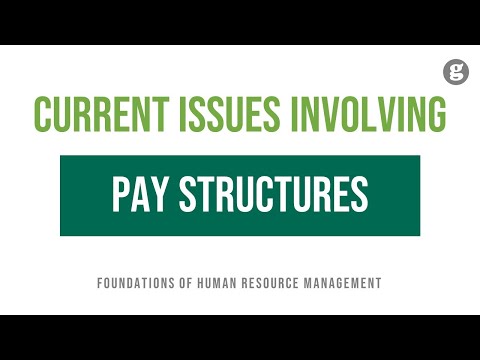