Part 2: https://youtu.be/2B87Rrz137s
--------
In the first clip of his recent sit down with VladTV, Crunchy Black talked about Three 6 Mafia's Verzuz challenge against Bone Thugs-N-Harmony. Early in the event, the two legendary groups were involved in a physical altercation after Bizzy Bone and Juicy J traded insults. Crunchy Black claimed Bizzy Bone was just frustrated that Bone Thugs were losing so decisively early in the show. While Bizzy claimed Three 6 was mocking Bone Thugs, Crunchy Black argued that they had their mics down during Bone Thugs' turn and were only trying to keep the fans engaged and thinking that there was real hostility. While there was no real violence during the altercation, Crunchy Black admitted that a few people got "tapped" during the exchange. To hear more, check out the above clip. 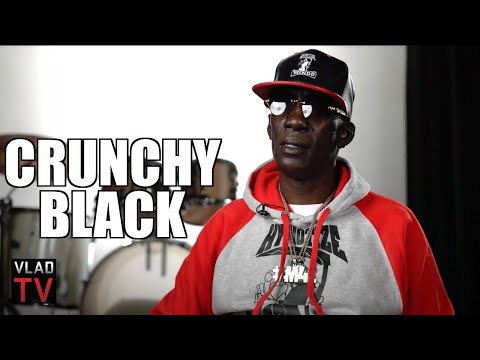