This is a Paid Requested video for Joe Ruiz.

Paypal Video or Review Requests are always welcome & can be sent here:

For those interested in supporting my patreon (where you can request reviews, commentaries, etc. based on the tiers) feel free to go to:

The plot follows the interrogation of Roger "Verbal" Kint, a small-time con man, who is one of only two survivors of a massacre and fire on a ship docked at the Port of Los Angeles.

Through flashback and narration, Kint tells an interrogator a convoluted story of events that led him and his criminal companions to the boat, and of a mysterious crime lord—known as Keyser Söze—who controlled them. The film was shot on a $6 million budget and began as a title taken from a column in Spy magazine called The Usual Suspects, after one of Claude Rains' most memorable lines in the classic film Casablanca, and Singer thought that it would make a good title for a film. 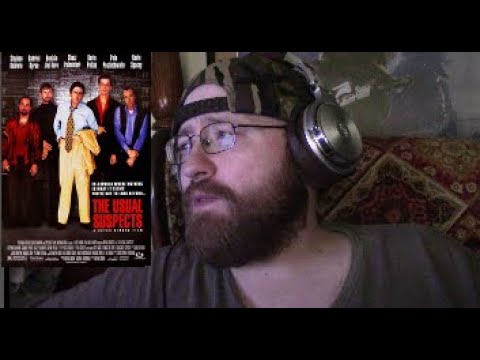 This is a Paid Requested video for Joe Ruiz. Paypal Video or Review Requests are always welcome & can be sent here: https://www.paypal.me/ramboraph4li...